Imran envisions K-P with cricket stadiums in all districts

Imran envisions K-P with cricket stadiums in all districts 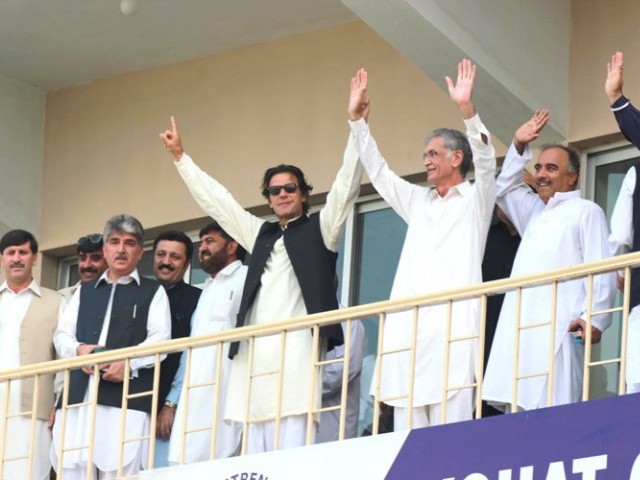 The PTI Sports and Culture Forum held the game between Khyber Pakhtunkhwa Peace XI and Pakistan Peace XI at Arbab Niaz Stadium in Peshawar. Imran Khan was the chief guest at the event.

Pakistan Peace XI won the match in the 19th over, scoring 181 runs. Shahid Afridi made 66 runs for the team.

Imran Khan said that a talent hunt will be started for under 17s in K-P. He added that coaches will be hired to carry out the search in the seven agencies of Federally Administered Tribal Areas (FATA) to find strong players to play in the K-P cricket team.

The Pakistan team will be made stronger by the K-P team, said Imran, adding that Shoaib Akhtar was discovered during a talent hunt.

Below are a few of top tweets about the match:

It would make my day if I can see Imran Khan come into the ground and bowl the last ball. #PeaceMatchPeshawar

If Mallala was the Cheif Guest at the #PeaceMatchPeshawar then even CNN n BBC would be covering the match live.. Right or am I imagining?

Love to see when #Peahawar smiles – Sadly, its not a 'news' for Pak media #PeshawarPeaceMatch

I am no Western puppet: Malala