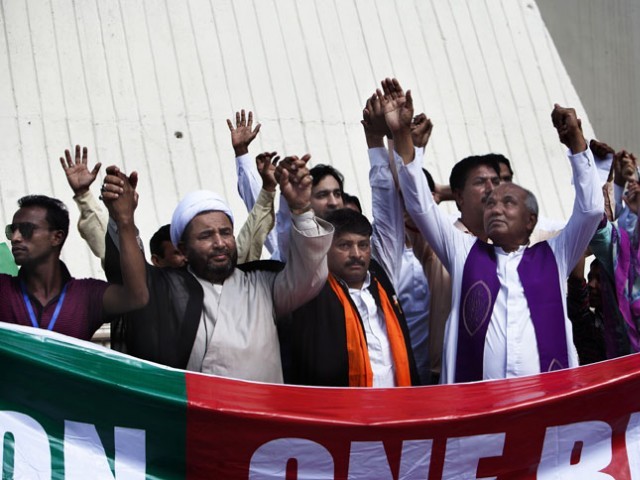 The church pastor joins hands with ulema from the Shia and Sunni sects. PHOTO: MYRA IQBAL/EXPRESS

ISLAMABAD: A human chain was formed around the Our Lady of Fatima Church in Islamabad during the Sunday Mass in a show of solidarity with the Christian community of Pakistan.

The event was organised by Pakistan For All – a collective of citizens concerned about the growing attacks on minorities. A small crowd gathered for the event, which saw the church’s pastor join the activists with ulema from the Shia and Sunni sects.

Previously, similar human chains were formed outside the St Patrick’s Cathedral in Karachi and St Anthony’s Church in Lahore following the Peshawar church attacks on September 22 which killed hundreds of worshippers.

Below are few photos from today’s event:

Saeed Ajmal wants to be best against the best