Domestic abuse: Yet another face to save

Domestic abuse: Yet another face to save 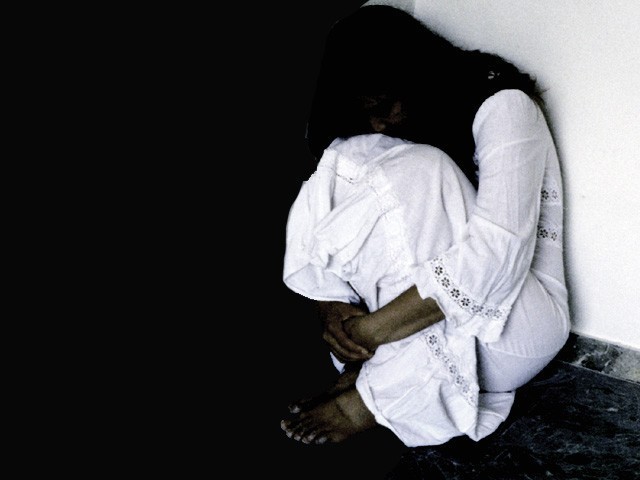 Bibi has appealed to the government and human rights organisations for support, saying she cannot meet all the expenses of her treatment. PHOTO: FILE

PESHAWAR: Pakistan’s first Oscar-winning documentary film brought the plight of the country’s domestic abuse victims to the world stage last year, but there are other faces which need to be saved.

In Mardan, the face of Shahida Bibi, 18, was permanently disfigured after her husband allegedly threw petrol and set her on fire recently.

Bibi had an estranged relationship with her husband Taseer Khan and the couple had several disputes earlier. Last month, Khan reportedly locked Bibi in a room and then doused her in petrol before setting her ablaze.

“That night, I had only asked my husband to let me consult a woman doctor. But he got infuriated and started beating me,” claimed Bibi. He did not stop there and brought a gallon of petrol to throw at her, she added.

Though Bibi cried for help, it was not until two days after the attack that her neighbours informed her father, who then took her to Chakwal Hospital. Bibi’s wounds healed with time, but even costly treatment was not successful in restoring her facial features.

The doctor who treated Bibi said 45% of her body has suffered from burn injuries and she needs further treatment to recover completely.

According to the victim’s brother Murad Ali, Bibi is currently admitted at Khyber Teaching Hospital. “I cannot afford the expenses as doctors say Rs700,000 more would be required to fully treat her,” said Ali, adding he is the sole breadwinner for his family as his father is disabled.

Bibi, too, has appealed to the government and human rights organisations for support, saying she cannot meet all the expenses of her treatment.

Murad Ali said Khan, who is presently in police custody, is not admitting to the crime and claims Bibi burnt herself in an accident involving a candle.

According to the FIR filed with Mardan Cantt police, the accused has been charged under Section 324 of the Pakistan Penal Code for attempted murder.

Legal expert and senior advocate at the Peshawar High Court (PHC) for domestic and family dispute cases, Ijaz Sabi said the offence is non-bailable according to Section 336A of the PPC. He maintained the person guilty can be imprisoned for life for attempting to burn someone with kerosene oil or acid.

“The FIR filed against Taseer is weak without Section 336A and gives some leeway to the accused,” said Sabi. Under Section 324, if the guilty person is sentenced to 10 years or less, their appeal for bail will be considered more favourably, added the expert.

Human Rights Commission of Pakistan (HRCP) Provincial Coordinator Shahid Khan said victims bring their complaints to the HRCP office where they receive free legal consultation and guidance. “Data compilation of such cases is underway. We then release it annually to the media,” he added. However, Shahid did not reveal any statistics about burn victims.

Acid Survivors Foundation (ASF) Project Coordinator Jan Haroon was also unable to share any data. Haroon said he had recently joined the organisation and the data of acid survivors was stored in a computer which had been stolen. They are now starting the process from scratch.

According to a 2012 report by Islamabad-based NGO ASF, 45% of acid attacks occurred over family disputes, while 17% were the result of rejected marriage proposals. In 2011, there were 150 victims of acid attacks across Pakistan. Of the 34 cases reported in the province, 30 were from Mardan – the highest in any district.

On August 31, 2012, then Pakistan Peoples Party MPA Noor Sahar presented the Domestic Violence (Prevention and Protection) Bill, 2012 to the Khyber-Pakhtunkhwa Assembly. Religious parties strongly opposed the proposed legislation and the bill was referred to a special committee. At one meeting of the committee, Mufti Kifayatullah from the Jamiat Ulema-e-Islam-Fazl criticised the bill, terming it “anti-Islamic” and against Pukhtun traditions. It has still not been passed.

Another bill was passed by the National Assembly in 2009 but evoked similar ire by the religious right and the Council of Islamic Ideology. It was finally passed in February 2012. The 18th Amendment, however, passed the buck to the provinces.

The Sindh Assembly passed a law to protect women and children from domestic violence in 2013.