The surfac­e-to-surfac­e missil­e was test fired from a mobile launch­er in salvo mode on Monday mornin­g.
By News Desk
Published: October 8, 2013
Tweet Email 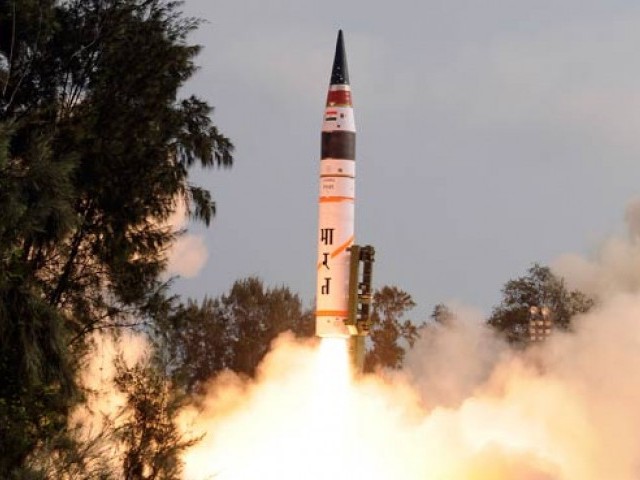 India has test-fired its indigenously developed nuclear-capable Prithvi-II missile with a strike range of 350 km from a test range at Chandipur, about 15 km from Balasore in Odisha, Press Trust of India reported on Monday.

According to Indian defense sources, the surface-to-surface missile was test fired from a mobile launcher in salvo mode on Monday morning.

“The missile was randomly chosen from the production stock and the total launch activities were carried out by the specially formed Strategic Forces Command (SFC) and monitored by the scientists of Defence Research and Development Organisation (DRDO) as part of practice drill,” the sources added.

“The launch was part of a regular training exercise of SFC and was monitored by DRDO scientists,” the source said.

According to DRDO sources, it was a ‘text-book launch”.

Prithvi is capable of carrying 500kg to 1000kg of nuclear warheads and is thrusted by liquid propulsion twine engines.

It uses advanced inertial guidance system with manoeuvring trajectory. The last user trial of the indigenously developed missile was successfully carried out from the same base  August this year.

Is it strictly business?