Actor consid­ers R.K. Films to be in the ‘Greats of Indian Cinema’ league.
By News Desk
Published: October 7, 2013
Tweet Email 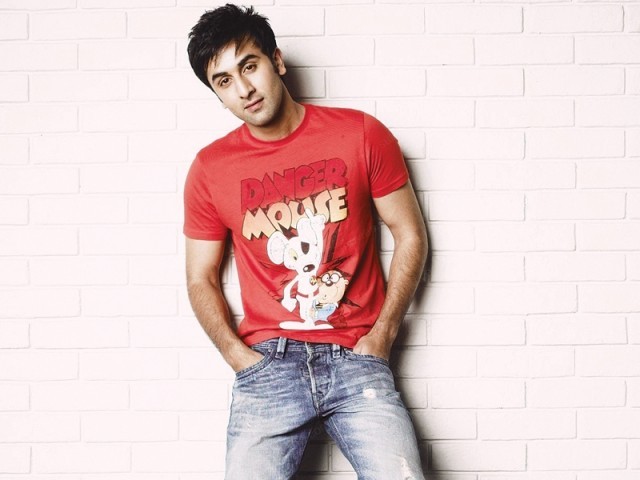 He is all set to produce Jagga Jasoos with Anurag Basu. PHOTO: FILE

Ranbir Kapoor is all set to make his debut as a producer with Jagga Jasoos and Picture Shuru Productions alongside Anurag Basu. However, he is not eager to kick off his production career under grandfather Raj Kapoor’s R.K. Films banner. In an earlier interview, he admitted that production is not “his place” despite having taken on the project. In a more recent chat with the Hindustan Times, the 30-year-old actor confessed that he is not sure if he wants to revive his grandfather banner.

“I don’t believe in this fact that I need to rekindle the R.K. Films banner,” says Ranbir, whose latest release Besharam has received quite a bashing from critics. “R.K Films is right up there in the ‘Greats of Indian Cinema’ and I wouldn’t like to touch it or spoil it or take advantage of it. If I do something, I will create something of my own so that if my children are working in movies, they don’t have to have anyone’s shadow. Raj Kapoor is too big a name to have a shadow.”

He then shares his reservations. “I have realised that I don’t know if I really want to make films under our R.K. Films banner. It’s synonymous with Raj Kapoor. It’s his banner and his creation. I can’t live up to his vision.”

He adds that he wants to collaborate with directors as a producer, which is why he is producing a movie with Anurag Basu.

“We are equal partners in it. It’s called Picture Shuru. If I want to produce films with Ayan Mukerji, I will probably call it something else,” he said.

This or that?: Sonam Kapoor