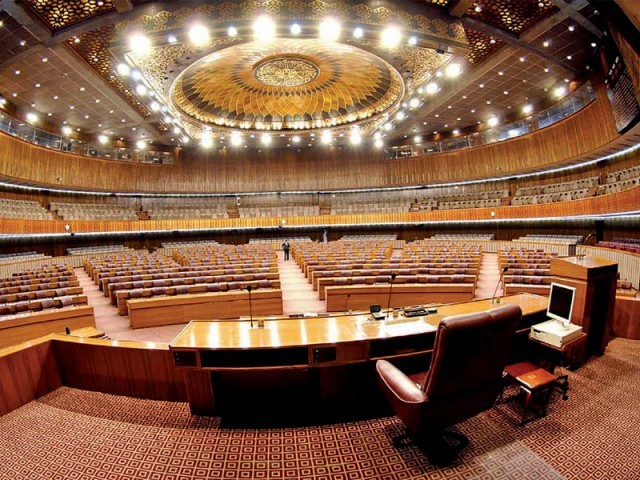 In a motion in the National Assembly Secretariat, lawmakers from the PPP said the massive increase in power tariffs and petroleum prices would badly affect the common man. PHOTO: FILE

ISLAMABAD: Tuesday’s massive increase in electricity tariffs and fuel prices has opened floodgates of criticism from opposition parties. They submitted adjournment motions in both houses of parliament seeking debates on spiralling prices.

They said the massive increase in power tariffs and petroleum prices would badly affect the common man. “We express concern over this unending trend,” they said.

The Awami National Party (ANP) also submitted a motion in the Senate seeking a debate on the increase in prices.  “We have observed 30% to 70% increase in prices of daily-use commodities during the last four months, mainly due to the unprecedented hike in petroleum prices and free-fall of rupee,” ANP Senator Haji Adeel told The Express Tribune.

He vowed that the opposition parties would agitate in and outside parliament the government’s ‘callous decisions’, which, he said, have been taken at the behest of the International Monitory Fund (IMF).

Muttahidda Quami Movement (MQM) Senator Col (retd) Tahir Hussain Mashhadi said his party was also going to submit an adjournment motion in the Senate on Wednesday for a debate on the increase in the petroleum and electricity prices. “I believe the poor will not be able to pay their utility bills after this hike,” said Senator Mashhadi.

“This unprecedented increase in power tariffs has hit the middle class hard, whose electricity bills in some cases will more than double as a result of this brutal increase,” he said in a statement.