My life in a wheelchair

My life in a wheelchair

I learnt that the outsid­e world is limite­d by access­ibilit­y, not by choice.
By Farhat Rasheed
Published: September 30, 2013
Tweet Email 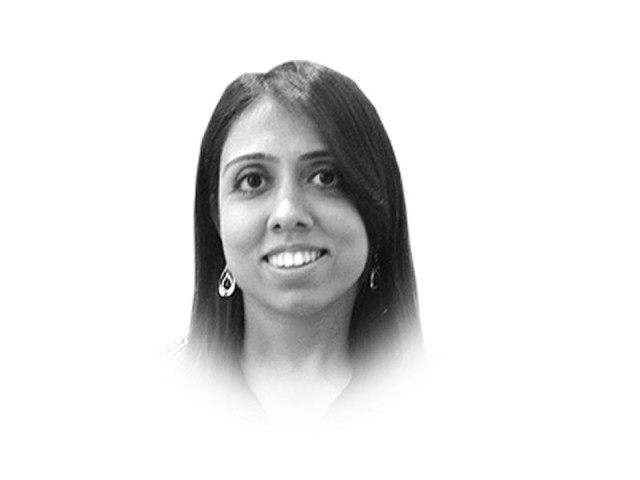 The writer is the president of Show You Care, an advocacy group for the physically challenged

I was elated when I recently read in a magazine that the newly opened Nueplex Cinemas in DHA, Karachi, had special seats reserved for those citizens who are handicapped. You see, I’m wheelchair-bound and have long been denied access to the basic activity of cinema-going. But when I went to the Nueplex Cinemas myself, this promise turned out to be tragically — unsurprisingly — untrue. They did not have any special seats and the only space that they had ‘reserved’ was the space directly underneath the screen. And from having sat there before, I can unreservedly say that the neck pains are not worth it, whatever the movie. After speaking to the authorities, I was assured that they will work on it. But that it will take time, what with the new opening and a lot of people coming in and out — which is corporate-speak for ‘we’re making too much money to be bothered by your individual request right now’. I tried to follow up with phone calls and emails but to no avail.

In another incident, I visited the South City Hospital close to Bilawal House and was shocked to know that it had no bathrooms that are accessible through wheelchairs. Medicare Clinics in Bahadurabad did not even have a lift. I witnessed bizarre scenes in which patients on hospital beds and wheelchairs were being manually lifted from one floor to the other. And these are hospitals! Most wedding halls are not accessible either.

And the sad truth is that this is normal in this country — I have experienced it. The physically handicapped are an afterthought for most proprietors, who do not even consider our mere existence. There have been numerous times when I have tried to ask store owners, guards and managers if they have ever considered installing a ramp, and it’s only once I’ve explained to them that I cannot access a building otherwise that they understand why a ramp would be necessary. Even then, certain establishments like a popular upscale Zamzama restaurant had the temerity to tell me that it cannot afford one, and would only have it installed if I foot the bill, which I did. (A carpenter charges Rs5,000 for installing a ramp. The bill for a three-course meal for one person is higher). Well, I suppose I am grateful that they have not removed the ramp yet. Lyceum School flatly refused my offer to install ramps at the entrance because the management said the ramps would ‘look ugly’.

When I was taking my O’ Level exams at Karachi Grammar School, a couple of other handicapped girls and I were given the school sick room as the examination room. There were students vomiting and fainting around us while we were supposed to be taking exams. And among the myriad of explanations that were given to us was, well, we are ‘sick’, so it makes sense for us to be in the sick room.

Reassuringly, some organisations have been supportive. Hardee’s and Ginsoy have been prompt and responsive to my inquiries and requests. Most managers and customer services representatives have been most accommodating in their words and actions. But after getting mostly supportive, some ambivalent — and a few downright hostile — replies, I started wondering whether I even belonged to society.

I learnt that the outside world is limited by accessibility, not by choice. Where do I go to university? My choices were limited to only the places that I physically could go to — not the degree on offer, not the university’s reputation. Among corporations, there are very few companies that are wheelchair friendly. My professional choices themselves were fashioned according to accessibility rather than my own ambition. That said, I am lucky to work for an organisation that is fully wheelchair accessible. Thankfully, now the trend is changing among other companies, too.

This phenomenon comes full circle when we ourselves are convinced that we do not have a role in public life. I know so many families that do not allow their handicapped children to leave the house because they believe — with good reason — that they themselves are the only ones that can provide their child with the protection and care their children deserve. The world outside is too dangerous, too unforgiving. There are no transportation facilities. When even people who can walk struggle to get on a moving, overcrowded bus, what hope does someone on crutches, let alone a wheelchair, have?

Perversely, for some, to have a handicapped child is also looked upon with shame. I know families that fear their handicapped children might jeopardise their other siblings’ marriage prospects and the families keep them at home to hide them from society.

It is only recently that I decided to fight for my own right to accessibility; my family — bless them — has primarily fought on my behalf ever since I was little. I am grateful for being from a privileged background. This has meant that I have had enough resources available to follow through with my convictions — after all, if I want society to change, I myself have to start working towards it. Many people who are not in my position do not even consider doing so. I do not need sympathy, just an equal shot, like everybody else.

I used to think I was the only one on a wheelchair. It was only when I went to hospitals for treatment that I realised there are others like me. I just think that everyone else should realise the same.

Applying the Irish model to Pakistan