The unit will be superi­or to the cabine­t and will act as de facto prime minist­er.
By Abdul Manan
Published: September 27, 2013
Tweet Email 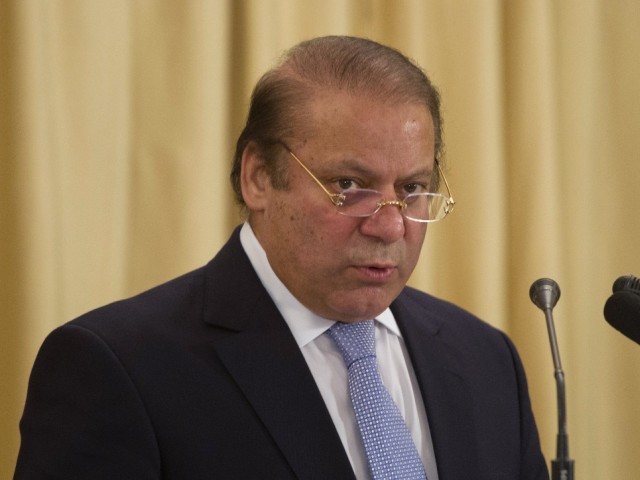 Prime Minister Nawaz Sharif is going to establish Prime Minister Public Affairs Unit, an overarching body that will help him in improving governance and executing decisions, The Express Tribune has learnt.

Pakistan Muslim League – Nawaz (PML-N) leadership has taken this decision after successful application of the same concept in Punjab where it solved the lawmakers’ problems and streamlined the chief minister’s long-standing issues.

The premier, after his arrival from New York, will constitute the unit in the Prime Minister Office. According to a high-level party official, the PML-N leader Hamza Shahbaz will head the unit. He will be supported by three party office-bearers.

Apart from its chairman and political members, Additional Secretary to Prime Minister Fawad Hassan Fawad and a few other administrative secretaries in the PM office will also be its members.

It is pertinent to mention that Hamza Shahbaz is also the chairman of an eight-member Public Affairs Unit established in Punjab chief minister’s office.

According to a party official, the party leadership could not give sufficient time to governance and to address lawmakers’ issues related to their constituencies.

In the federal government, Nawaz Sharif too did not have time enough to cater to party lawmakers and to look after his own functions.

“The Public Affairs Unit will be a watchdog on cabinet and will indirectly perform the functions as de facto prime minister in the centre and de facto chief minister in Punjab,” he said.

He said public affairs unit was established in Punjab last week through an official notification. “Its good output has prompted the party leadership to also implement it in the centre,” he said

According to a notification, the unit in Punjab shall be managed by a committee which shall meet on a weekly basis to assess the political situation and shall brief the CM once a month.

Hamza Shahbaz is the chairman of the unit, while its three political members include Chaudhry Saud Mejeed, Manshaullah Butt and Mehar Ishtiaq.

The unit aims to assist the CM in identifying specific political challenges related to good governance, delivery of public services and resolution of public grievances especially in priority areas. It will also facilitate a deliberative process including stakeholders’ consultation for CM to finalise the political agenda.

One of unit members Chaudhry Saud Majeed said this idea was to expedite not only development projects and the CM’s initiatives but also to improve governance. “The unit’s purview is only public related issues and it will perform well,” he said adding the unit had already started receiving lot of feedback.