Dilip Kumar to be discharged from hospital

Dilip Kumar to be discharged from hospital 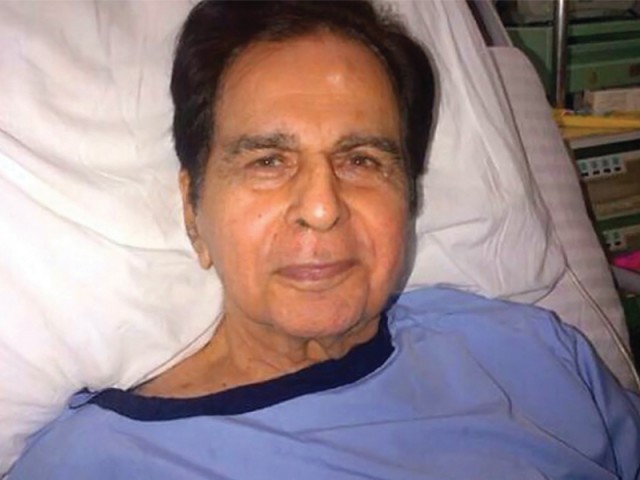 Dilip Kumar entertained movie buffs for six decades, both as a lead hero and as a character artist. PHOTO: FILE

MUMBAI: Veteran Bollywood actor Dilip Kumar, who was undergoing treatment at Lilavati Hospital in Mumbai after a heart attack, will be discharged on Thursday, said Murshid Khan, manager of Dilip Kumar’s wife and actor Saira Banu.

“Dilip Kumar is absolutely fine and he will be discharged today afternoon,” Murshid Khan told IANS.

The 90-year-old actor was hospitalised on September 15 after he complained of uneasiness. Doctors later diagnosed a heart attack. A leading light of the Mumbai film fraternity, Dilip entertained movie buffs for six decades both as a lead hero and as a character artist in films like Jwar Bhata, Mela, Naya Daur, Tarana, Ganga Jamuna, Leader, Mughal-e-Azam, Shakti, Karma and Saudagar. After the 1998 film Qila, he decided to bow out of films.

Megastar Amitabh Bachchan, who was the only actor to visit Dilip at the hospital, said that he looked cheerful when he went to meet him. A friend privy to Dilip and wife Saira Banu said, “No one except Amitabh Bachchan had the grace to pay Yusuf saab [Dilip] even a five-minute visit. At first, we thought it was because he was in the ICU at Lilavati. The foyer outside the ICU has very little room for guests.”

The source added, “But now he has moved into his own spacious suite and can entertain guests. In fact, I am sure he’d love to see all his friends, admirers and well-wishers who have sworn by his name for decades. But where are they now?”

After the visit, Amitabh posted on his blog: “He seemed cheerful, at least when he saw me. Saira ji warned me that he had been quite irritable and non-cooperative throughout the day, to excuse any kind of untoward behaviour that he may dole out to me. But he was gracious and kind.”

“He smiled when he saw me and when I held his hand, he gripped it like I would never be able to extricate myself from it … strong and full of strength,” wrote Big B, who played Dilip’s rebellious son in the movie Shakti.