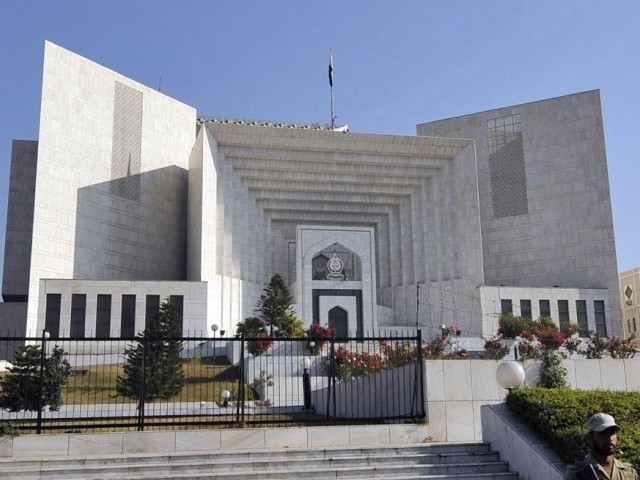 The Supreme Court on Wednesday ordered the government to probe into the alleged corruption in the construction of New Benazir Bhutto International Airport (NBBIP) in Islamabad as it terminated the appointment of the Civil Aviation Authority’s (CAA) director general.

The secretary further said the selection of the project site was a faulty one as to date there was no source of water available for the project. “Initially, it was planned that water would be brought from the nearby Shahpur Dam, located 21 kilometres away from the site. But there is not enough water in the dam.”

He said the PC-I of the project was approved at all levels without design and other essential component. The court, however, rejecting his statement, said they were aware of these facts.

“Air Martial (retd) Khalid Chaudhry’s appointment as DG CAA was made in non-transparent manner and also without strictly following the law,” said the court order.

Advocate Fasihuddin Khan Vardag, a petitioner, had challenged the appointment of Air Marshal (retd) Khalid Chaudhry and had claimed that the delay had escalated the cost of the project from Rs35 billion to Rs73 billion. According to him, Khalid Chaudhry was appointed DG through an executive arrangement made by then defence minister without examining the legal formalities.

During the proceedings, Justice Chaudhry observed that the government was least interested to unearth corrupt practices. He asked the secretary to control further escalation of the project cost.

After hearing the arguments of all the parties regarding delay in the new airport project, the SC directed the government to ensure its early completion and initiate inquiry against responsible persons for delay and irregularities – including those who wrongly conceived this project in 2006.