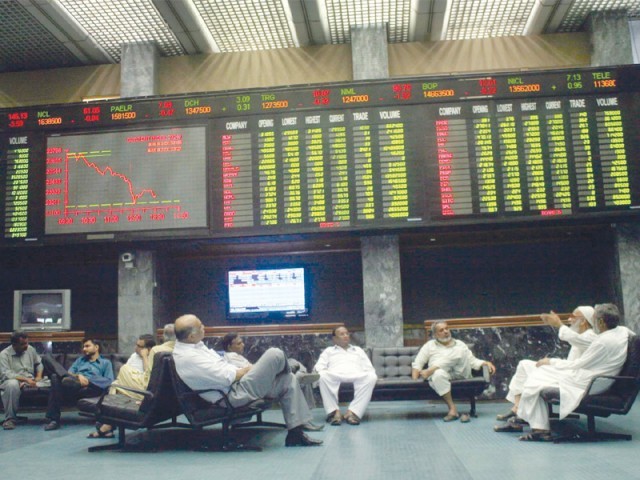 The KSE management suggests that in line with the RBI, the State Bank should also make it mandatory for all primary dealers to undertake all transactions among themselves or with other financial institutions through KSE’s BATS. PHOTO: PPI

The management of the Karachi Stock Exchange (KSE) says government borrowing should take place through an open market mechanism with improved intermediation in order to keep interest costs for the government as low as possible.

Speaking to The Express Tribune in an interview, KSE Deputy Managing Director Haroon Askari said the much-needed development of the secondary debt market in Pakistan cannot be achieved unless the entire financial intermediation is opened up for all investors through the stock market.

Also, secondary market transactions take place among these institutions through the Bloomberg Bulletin Board facility on a counter-party risk basis, also known as over-the-counter (OTC).

“The transactions in this mode (OTC) do not encompass all market factors that reflect existing supply and demand, which can determine the real price of money and market-based real interest rates,” Askari observed.

The Reserve Bank of India (RBI) issued three notifications in the late 2000s, making it mandatory for banks, primary dealers and financial institutions to undertake transactions in debt instruments among themselves, or with non-bank clients, through the stock exchange.

However, Askari says that the provision allowing trading of debt instruments only among themselves resulted in some imperfections in the system. “Banks and financial institutions are not brokers/members of the exchange. That means they must contact brokers for trading – something they were not interested in,” he said, while mentioning the fact that the Bombay Stock Exchange (BSE) was not demutualised when the notifications were issued.

Saying that the quantum/volumes of debt instruments traded are generally in the billions, he added that few brokers have strong enough balance sheets to support that kind of trading activity. “Pakistan should not repeat the mistakes that India made, as the KSE has now been demutualised.”

Referring to the KSE Bond Automated System (BATS) that already exists, Askari said the platform is capable of handling all aspects of government securities trading and can easily be adopted – subject to regulatory approval – to be used by primary dealers, other financial institutions and KSE members alike.

“The primary market can be kept confined to primary dealers by providing them with special trading rights to deal in debt instruments on the exchange,” he said.

The KSE management suggests that in line with the RBI, the State Bank should also make it mandatory for all primary dealers to undertake all transactions among themselves or with other financial institutions through KSE’s BATS.

“All government securities should be deemed listed at the time of their issuance in line with the Securities and Exchange Ordinance,” he said, adding that these listings will be without any further paperwork or delay, as all trading data for the purpose of clearing and settlement can be sent to the State Bank after the execution of trades on the stock exchange.

“All that we need right now for the development of the debt market in Pakistan is a go-ahead from the Ministry of Finance,” Askari said.

Fast food outlets thriving on the back of rising middle class