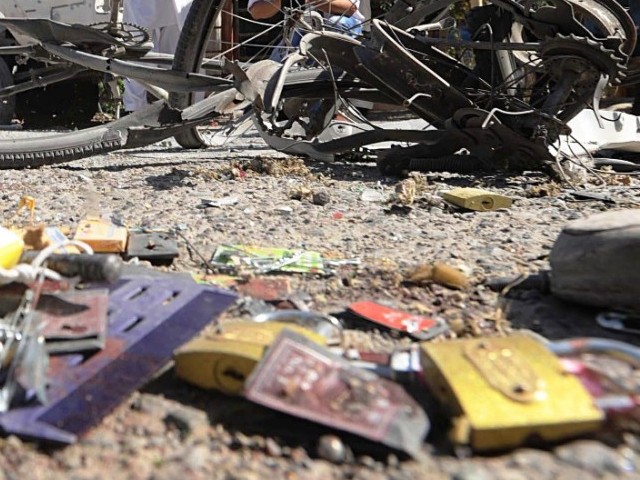 It was a remote-controlled bomb planted in a motorcycle, injuring 21 people including a local journalist. PHOTO: AFP/FILE

QUETTA: At least 21 people were injured in a blast that tore through the Nishtar Road near Sibi town on Sunday.

It was a remote-controlled bomb planted in a motorcycle that went off, injuring 21 people including a local journalist. “The bomb contained about a kilogramme of explosive material,”District Police Officer Sibi Ghulam Abbas said.

Hospital officials stated that two persons were critically injured in the attack.

The injured had been taken to Sibi Civil Hospital for treatment. The injured were identified as a local journalist Maqsood Baloch, Saleh Muhammad, Murad Khan, Dad Muhammad and Abdur Rauf Khan amongst others.

No one has yet claimed responsibility for the attack.

A case has been registered against unknown persons.