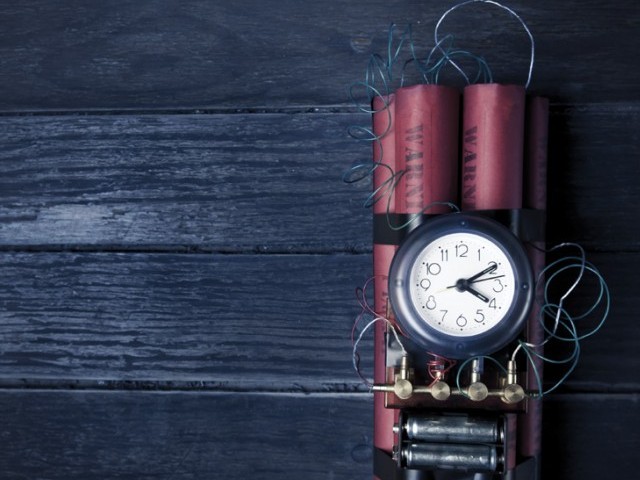 “They were making an IED which exploded and killed the commanders and spokesperson, among others,” says a security offical. PHOTO: FILE

BARA / JAMRUD: Four militants belonging to Lashkar-e-Islam (LI), including a spokesperson and two commanders, were killed on Sunday when an improvised explosive device (IED) went off in Bara tehsil, Khyber Agency.

A security forces official said the incident occurred around 2:30pm when militants had gathered at a house at Malikdin Khel for a meeting. “They were making an IED which exploded and killed the commanders and spokesperson, among others,” he said.

The security forces official further said LI militants rushed to the house which had been razed to the ground and shifted the bodies to an unknown location for burial.

He added the deceased militants had been involved in attacks on security forces’ convoys and civilians in Frontier Region Peshawar and on the outskirts of the city.

Meanwhile, two khasadar officials were gunned down by unidentified militants in separate incidents in Jamrud tehsil, Khyber Agency on Sunday.

According to an official of the political administration of Jamrud, the first incident occurred in Shahkas around 12:15am when khasadar official Muhammad Ayaz was heading home after the end of his shift.

“Militants travelling on a motorcycle intercepted Ayaz and opened fire at him, killing him on the spot before fleeing,” he said.

The second incident occurred in Teddy Bazaar around 8am when khasadar official Akhtar Amin was heading to his duty. The assailants hiding in a market street opened fire at him, injuring him severely. He was rushed to the Jamrud Civil Hospital, however, he succumbed to his injuries en route.

The political administration official added khasadar forces launched a search operation in the respective areas after the attacks and arrested 20 suspects under the collective responsibly clause of the Frontier Crimes Regulation.