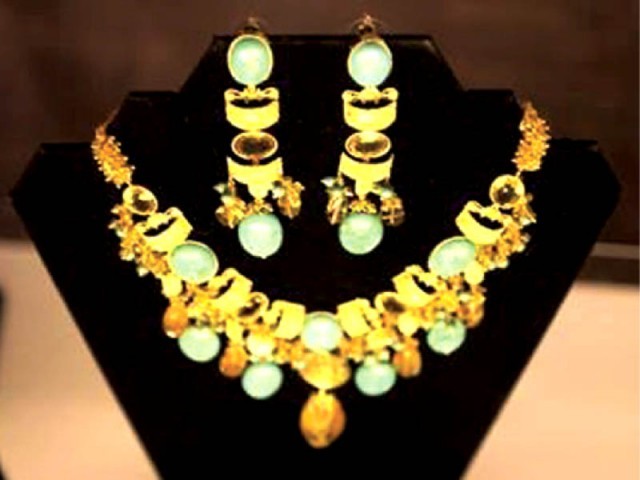 The racks will display her latest collection of 22-karat gold, polki diamonds, kundan, Japanese pearls and gemstones from all over the world.

Known for her unique fusion of pearls and coloured gemstones, the designer has a penchant for traditional jewellery from South Asia and runs her flagship store and studio in Lahore.

Over 70 per cent of the designs are one-of-a-kind, said Shafaq’s daughter and creative director of the brand, Misha Habib, who holds two degrees in jewellery designing from the United States.

She added that her mother’s research is based on extensive travelling, reading history, and a desire to create jewellery that is affordable and apart from run-of-the-mill designs.

“We merge ethnic gold designs with gems and stones from all over the world,” she said.

Ray of hope: The long path to a bright future