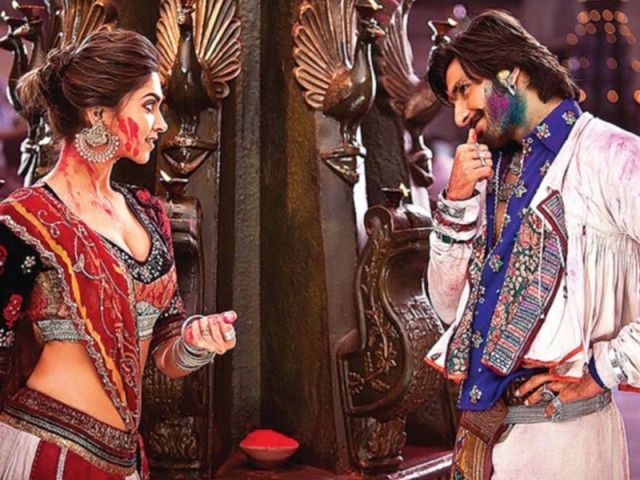 Deepika says Bhansali does not let go of his vision and wants everything to be more or less the way he sees it. PHOTO: FILE

MUMBAI: Considering the back to back hits actor Deepika Padukone has been part of, one can’t help but assume that things are getting easier as she becomes more versatile. However, in a recent interview Deepika said that Ram Leela has been a tough movie to do because director Sanjay Leela Bhansali is such a perfectionist that he doesn’t settle for anything less than what he has in mind.

This is her first film with Bhansali, who is known for making hits like Hum Dil De Chuke Sanam and Devdas. He also went behind the camera for Saawariya and Guzaarish, but they failed to appeal to the audiences. After a string of art movies with atypical subjects, the director has recently unveiled the first look of his upcoming romantic drama with Deepika Padukone and Ranveer Singh, Ram Leela

“It has not been easy. [Rather] it has been a mentally, physically, and emotionally demanding film,” said the 28-year-old, who spent over a year on the project. “The fact is that he is a perfectionist, he doesn’t let go of anything. He looks at things a certain way and it has to be more or less that way,” she said.

“He has a vision and everyone works towards that. So, it obviously has been a very tough journey — as exciting and challenging as it was, it has also been quite tough. So to see all of that come together, I did get a little emotional,” she added.

Set in a rustic region of Gujarat, Ram Leela’s trailer has already created quite a buzz in the industry garnering appreciation from stars like Big B. The film also stars Richa Chaddha, Gulshan Devaiah and Supriya Pathak and will hit theatres on November 29.