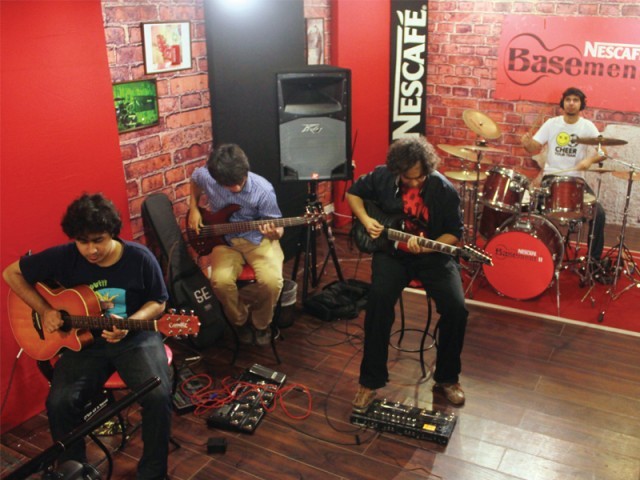 The basement at the Nescafe headquarters has blossomed into a neat musical retreat where aspiring musicians of different backgrounds and age groups gather to create nothing but inspired tunes and compositions. It’s the perfect getaway or hideout for talent as the space is packed with instruments, recording and music equipment. Led by Call’s Zulfiqar Jabbar Khan aka Xulfi, the second season of Nescafe Basement has finally kicked off.

The project is all about purity for Xulfi as he reveals he is interacting with artists who are young and inexperienced but are full of talent. “My goal is to ensure that if there is talent, then I will help and mentor and get that talent to the next level — that’s the most important thing,” he explains, adding that the season will feature covers, originals and a new batch of musicians. “I want to tell all the young and aspiring artists that they don’t need to be discouraged. We need to continue to experiment with our talent and continue to make music.”

Out of 1,253 young artists who auditioned this time compared to only 98 last season, 19 were selected (14 selected last season) from major cities across the country. The jamming sessions have already resulted in the recording of 14 tracks, and continue to provide opportunities to produce all types of music.

“This shows that there are so many people who are really talented but no one makes use of them,” says Usman Sheikh of Lahore-based band Aag, who was requested to participate in this season by Xulfi. “It [Nescafe Basement] has drummers, saxophone players and such amazing singers. These people need to be utilised and this is the first effort to do that.”

Asfar Hussain, who was shortlisted in season one, admits the primary idea behind the project has always been to discover unknown and passionate young musicians, bring them to the forefront and allow them to create music. “I was not part of any band, although I was contemplating over starting one. My career essentially began from here [Nescafe Basement],” says Hussain, who has been studying music at National College of Arts, Lahore. “What you will see here is that all of us are from different backgrounds and have different genre preferences, but we have come together.”

The platform provides musicians with opportunities to get involved in serious projects, Hussain adds. Two of his original compositions were converted into singles last year.

Nescafe Basement has also discovered another young vocalist Rutaba Yaqoob, Software Engineering student at University of Central Punjab, whose talent was only restricted to school competitions. “I have no musical background really. I just performed for fun in my university,” says the 19-year-old. “So the basement has discovered this side to me.”