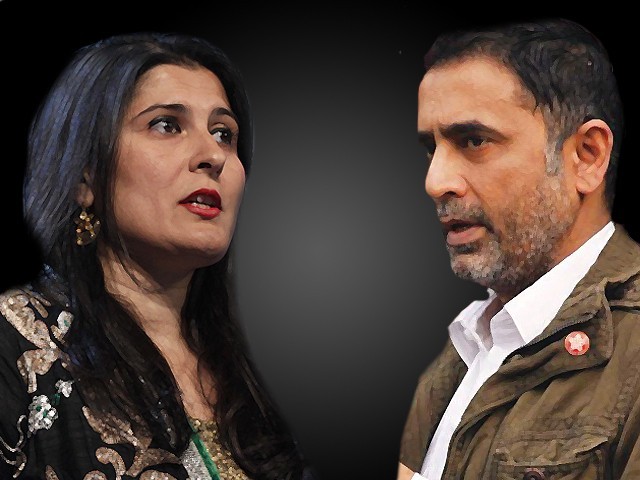 Pakistani cinema might have made a comeback, but the politics are very much the same. Soon after the Pakistani Academy Selection Committee (PASC) recommended Zinda Bhaag to the Academy of Motion Picture Arts and Sciences for Oscar consideration in the Foreign Language Film category over Josh, Chambaili and Lamha, naysayers took to social media to share their reservations.

The United Producers Association (UPA) — the body that earlier voiced concern over the airing of Turkish soaps — expressed its criticism via a press release on its Facebook page. The organisation, headed by film-maker Shahzad Nawaz whose Chambaili didn’t make the cut, has previously also questioned the formation of the PASC.

Dr Framji Minwalla, a member of the Oscar committee, explains why the film was selected over others. “Some people believe films dealing with urgent social issues should be ranked higher than others, no matter how badly [they are] made, and that exceptional films with no social value should receive little public attention, while others think the social relevance of a film has absolutely no place in the consideration of cinematic excellence,” he says. “A smarter approach assesses how well the technical, narrative, aesthetic and social aspects work together to show us the world anew.  In its own modest way, Zinda Bhaag has revealed a Pakistan we had not seen before and did so with technical surety, while also taking smart aesthetic and narrative risks.”

Framji adds, “To hurl questions at the integrity of the process because the work one prefers was not selected seems particularly arrogant, especially when those questions are designed to disqualify certain films from consideration. I have a question for Secretary General UPA Shahbaz Siddiqui: Do you want these films disqualified because your boss believes his submission [Chambaili] does not stand a chance when measured against a fair playing field? Instead of grandstanding, feeling victimised and getting other people to do his dirty work, perhaps the president of the UPA [Nawaz] should start planning to produce a better film next year.”

•  Why was the official last date of submission set for August 25 by the PASC, when the international deadline is September 30?

•  To be eligible for this year’s Academy Awards, films must have been released in Pakistan for a run of at least seven consecutive days beginning no earlier than October 1, 2012 and no later than September 30, 2013. With a scheduled release for September 20, how has it fulfilled these requirements?

•  Why could the committee not wait until September 30, the stipulated deadline for an entry’s release, to announce its decision to select the film?

•              Why has the press release been issued with a letterhead of Sharmeen Obaid-Chinoy Films instead of the official Oscar Pakistan Committee when the forms available in Pakistan carried the Academy logo?

•  The physical copy and related material of the selected film must reach the Academy by October 1, thus the local submission and selection process must happen well before that. The committee set forth the deadline of August 25 to ensure there was ample time for the committee to verify that all submissions were viable, circulate the films internally, cast their ballot, inform the winning party and dispatch the film to Los Angeles in time for the official Academy submission date.

•  All films released before September 30 were entertained for selection, which is why Lamha and Zinda Bhaag were not disqualified.

•  The rules set forth by the Academy state that the submitted film must be screened commercially for seven days in the country of release. Both Zinda Bhaag and Lamha are set to release this week, thereby fulfilling this requirement. Such practices are commonplace globally; the Indian film The Lunchbox for instance, is a forerunner for submission for the Academy Awards and is also set to be released on the September 20.  PASC had already received verification from the film-makers of both Lamha and Zinda Bhaag, thereby ensuring that the films would in fact release before September 20. Similar announcements were also made in national newspapers, by the said film-makers thereby further validating the announced release dates.

•  The committee preempted the announcement in order to ensure that the film-makers had enough time to compile and dispatch the material to Los Angeles in order to meet their international deadline. Over 30 countries have also made their decisions public before September 30 — it’s a normal practice that film-makers in Pakistan will get used to the more we continue to be a part of the film submission process.

•              Zinda Bhaag is permitted to publicly announce its official selection for Pakistan for 2013 — it was announced by PASC’s office through a press release to inform the country which film would be representing it.