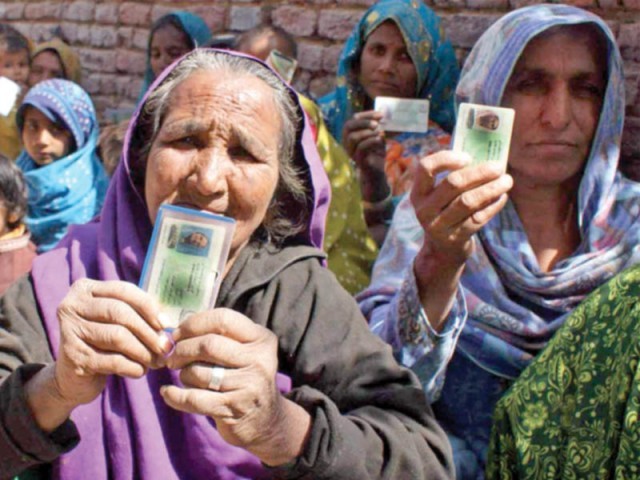 The reason behind this is not yet known.

There are 308 polling stations where voting will take place till 5 pm.

There have been similar previous incidents in the past when women were prevented to vote. Not a single woman could cast her vote in NA-103 Hafizabad during the by-elections in August.

Earlier the by-elections in the NA-25 constituency were postponed from August 22 due to security reasons. There were intelligence reports that terrorists could carry out attacks.

After the ink dries: Provincial Doctors Association calls off strike after government caves in