This is not an inters­tate war. While everyo­ne knows that, most do not unders­tand the implic­ations of that fact.
By Ejaz Haider
Published: September 17, 2013
Tweet Email 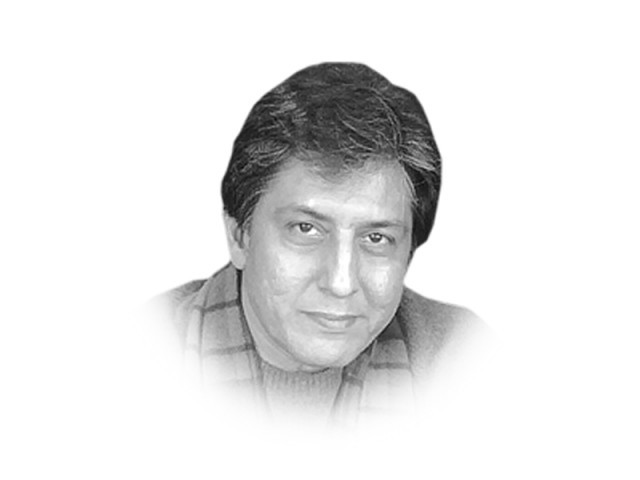 At a lunch the other day, a senior leader of the Pakistan Tehreek-e-Insaf asked a former general if the army can defeat terrorism and bring peace. It was a sincere question posited in the context of the current controversy over proposed peace talks with the Pakistani Taliban. Yet it betrayed a lack of understanding of the nature of this war, how to fight it and what would define victory.

While I do feel like Beckett’s tramps trapped in a silent universe, let me try and put some basics on the table again.

First, this war is not like an interstate war. While everyone knows that, or thinks he does, most do not understand the implications of that fact. This war has no front and no rear. It is being fought among the people. The enemy is elusive, flexible, ruthless and adept at countering and neutralising the state’s superior force.

Corollary: there are no defined boundaries of this war, and there is no line separating the zones of war and peace. Fighting it is more difficult because force has to be used, for the most part, deftly rather than overwhelmingly.

Second, the groups fighting the state act both as insurgents and terrorists. That requires using different techniques and operating in different environments. The two prongs complement each other. While the state has largely degraded these groups’ capacity in the badlands through military operations, it has been less successful in countering terrorism in urban centres. This point is important because when we talk about jaw-jawing with the militants, the argument generally is that the state has been unable to put them down. That is only partially true. But to degrade their capability more fully, the state will have to put them in a nutcracker, taking them on effectively in both the periphery and in the urban centres. It hasn’t done that so far — at least not effectively.

Third, even in the periphery, while force has been used to dominate physical space, the other two corners of the triangle, social-psychological and fiscal-economic, have not been addressed with the same vigour. The army is not trained to do that and the civil administration hasn’t really caught on to the changed ecosystem of the tribal areas. Moreover, mistakes have been made and the Taliban, sensibly from their strategic perspective, have exploited them.

Fourth, the strategy of dislocation, isolating the insurgent/terrorist from the context that strengthens him, has nearly failed. In a plethora of narratives, the realities have got lost even for educated people. This is further helped by imperfect information, growing Islamism begotten over four decades, arguing, beyond what is necessary, that the internal threat is simply a blowback of American actions and when the Americans are gone the Taliban will suddenly become law-abiding citizens. The proponents of this narrative deny the Taliban threat and focus more on the threat from the US and its espionage activities — a fact — passing off the Tehreek-e-Taliban Pakistan as a reaction to drone strikes, arguing that these are innocent tribesmen gone bad, et cetera.

(NB: Watch a TV programme on a Pakistani news channel, or even sit through a high-end conference, and you would be struck by the non sequiturs mouthed by even educated people. As for the Taliban apologists, they lie in the holy cause.)

Fifth, there is no real understanding that the TTP doesn’t have a solid, central command structure, but is a franchise of dozens of small and large groups. This fact, as should be obvious, has implications for the chinwag enthusiasts. Who will they talk to?

Sixth, in a deregulated ecosystem, the conventional definitions of war and peace, victory and defeat do not apply. This also means that there can be no real timeline of when this will end. Relative periods of peace will be shattered by a terrorist act or an insurgent attack. So, whether we want to jaw-jaw or war-war or jaw-jaw and war-war, we must be very clear that there is no return to the old world.

I stress this point because the not-so-hidden assumption behind the desire to talk is that it will transport us back to the state of innocence before Man ate the forbidden fruit. What is of course possible, over a period of time, is that the state, through hard work, can degrade the capability of the non-state actors to a level with which the state and society can live and even prosper.

Seventh, doing the sixth would require formulating short- to medium- to long-term strategies. The idea is to move from firefighting to less of it and use the space acquired through fighting to the state’s advantage. While the monopoly of violence is – or should be – the exclusive trait of the state, it must equally come across as concerned and benign to those who accept its writ. Good governance must, therefore, be the other prong.

In this context, it is important to note that for the majority of the people, the acceptance of the state’s monopoly of violence is directly proportional to the legitimacy of its actions. And legitimacy is largely a function of benignity, not malignance. Or as Nazih Ayubi put it so brilliantly, the state must be strong, not hard.

Eighth, fighting or talking is not an either/or proposition. Conflicts ultimately are settled or ended through talking. The controversy about whether we should talk or fight rests on a specious premise. The issue is not talking per se but understanding when to talk and who to talk to. Deregulated environments do not allow for linear approaches. The argument that since fighting hasn’t worked so talking is better is flawed at two levels. One, fighting has worked. The badlands today are not what they were in 2007. Two, talking in and of itself will not beget the desired result.

Finally, war is communication. The Taliban are addressing the Pakistanis. The state has to realise that it, too, is supposed to do that. The Taliban narrative is clear, concise and precise. It exploits the fault lines within. The state’s narrative is confused and timid. The problem with the irresolute All-Party Conference is not that the politicos want to talk but that they have communicated weakness. This might come across as a no-brainer to anyone with a brain, but they don’t seem to get it.