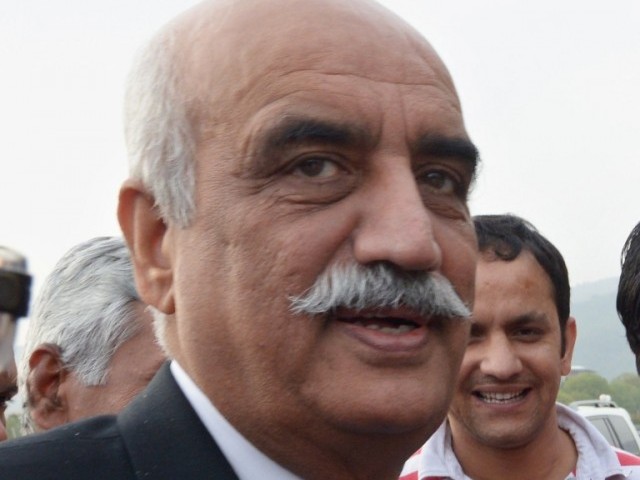 Condemning acts of violence and reiterating civilian support for the armed forces, Shah told Kayani, “We salute the sacrifices rendered by Pakistan Army.”

Close aides of Shah said the leader of the opposition has assured parliament’s support to the armed forces and said that “all political forces present in parliament will rise above their rivalries and stand by the courageous armed forces of Pakistan to guard the homeland from rogue elements.”

Later while talking to The Express Tribune, Shah said his party will fully cooperate with the government and the armed forces to deal with the challenge of terrorism.

He said after this cowardly attack by the Taliban on military officers, things are becoming complicated. Shah termed the Taliban attack a move to sabotage the spirit of All Parties Conference held earlier and urged the government to hold a high level meeting to immediately seek ways to implement the strategy that was devised to tackle the menace.

The PPP stalwart maintained that his party attended the APC with sincerity and with an objective to achieve the goal of peace in the country. He said the party had endorsed the military’s view to tackle militancy first through dialogue and if it does not work well, then they should be thrashed with full power as it was exercised in Swat valley.

Shah said “to trounce the challenge of terrorism, the role of intelligence agencies becomes more important since without enhancing the intelligence input, it would be greatly difficult to hold dialogue with the Taliban.”

He said the killing of army officials should not be taken lightly by both the military and the government.

No breakthrough: Investigators pursuing all leads in rape case