Kill us and we will still talk to you

Kill us and we will still talk to you

The politi­cal respon­se to the attack in Dir is illust­rative of the weakne­ss of the govern­ment.
By Editorial
Published: September 16, 2013
Tweet Email 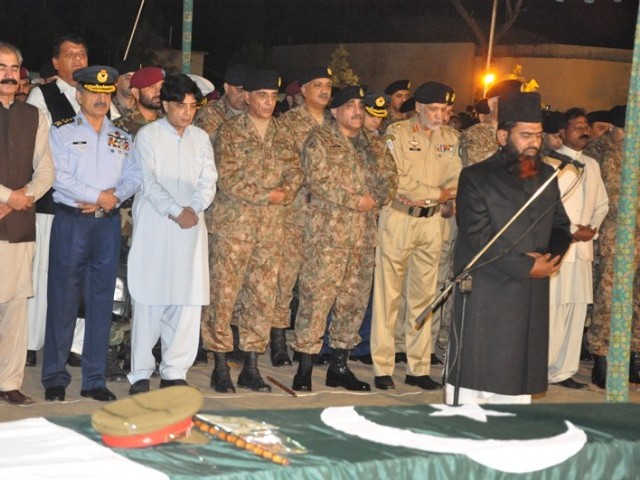 It is difficult to escape the impression that the Taliban in Pakistan, be they the Punjabi element or the TTP, have the government on the back foot. On September 15, two senior army officers were killed in Dir, an attack that was almost immediately claimed by the TTP. Practically simultaneously, the TTP are demanding that there be ‘confidence building measures’ such as the withdrawal of the army back to its bases in the tribal areas, and the release of Taliban prisoners. The loss of two highly regarded senior officers in an attack that demonstrated that the Taliban have excellent intelligence as well as the ability to quickly act on it in the form of a pre-placed IED, is proof-positive that far from being defeated or even neutralised they are a potent fighting force in the Swat valley. At the diplomatic level they have forestalled any thought the government might have had of an operation against them by announcing a willingness to engage in talks, at a stroke rendering the government hamstrung, damned if it does and damned if it does not.

The political response to the attack in Dir is illustrative of the weakness of the government, both at federal and provincial levels. An indication of the confusion that prevails with regard to how we are to deal with the terrorism was the fact that several of our ministers along with others in place of power and authority in the government and politics expressed their condolences but did not condemn the TTP for carrying out the attack. Many simply did not have the spine to point a finger at the terrorist group that they are now apparently in thrall to — a group that has killed tens of thousands of their fellow countrymen over the years, the stakeholders that have driven a stake through the national heart without a word of demurral from those who now seek appeasement. A group that is able to demand, probably with a reasonable degree of confidence, the release of men dedicated to the overthrow of the democratic state. How many more of the upper echelons of the military are we to see murdered before the state makes a robust response? Time to walk the walk Mr prime minister, if you can because the time for merely talking the talk is over.