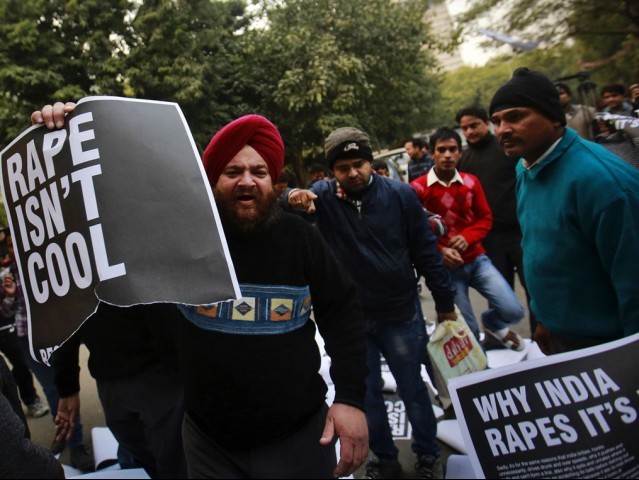 NEW DELHI: Four men were sentenced to death on Friday for fatally raping a young woman on a bus last December in an attack that triggered angry protests and widespread calls for the execution of her attackers.

Judge Yogesh Khanna, who convicted the men for gang rape and “cold-blooded” murder earlier this week, rejected their lawyers’ plea for a lighter sentence.

“Everybody got the death penalty,” said one of the defence lawyers, AP Singh, outside the courtroom.

The woman, a 23-year-old trainee physiotherapist, and a male friend were lured onto a bus by five men and a teenager. The woman was then repeatedly raped and tortured with a metal bar. Her injuries were so severe that she died two weeks later.

One of the five men arrested in connection with the attack committed suicide in prison in March, while the teenager was sentenced to three years in a reformatory last month, the maximum sentence that be given to juveniles under Indian law.

Khanna’s ruling still has to be ratified by the Delhi High Court, and the four men can appeal all the way to the Supreme Court. The appeals process could take years, lawyers said.