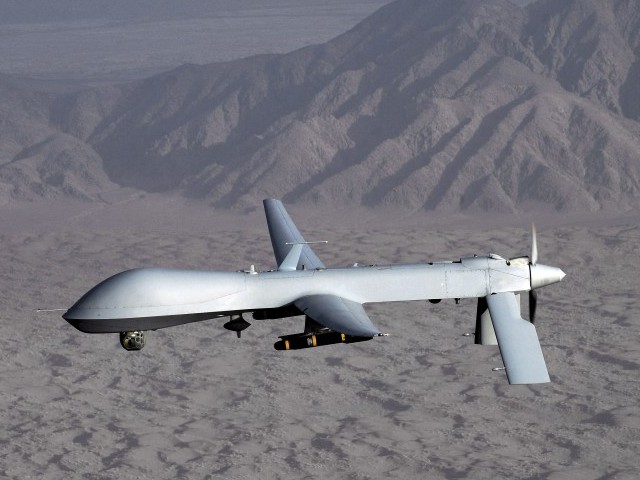 Two missiles hit a house in Charkhel village west of Miramshah, the main town of North Waziristan, they said.

The strike is the latest in a series of US operations in the region which are believed to have targeted Taliban and al Qaeda fighters plotting attacks on Europe.

“At least five militants were killed in this US drone attack. The drone fired two missiles,” a security official in Peshawar told a news agency.

An intelligence official in Miramshah said, “Both of the missiles hit the militants’ compound. We are investigating whether there were any high-value targets.”

He said that according to initial indications all of the dead were local militants. However, another intelligence official in Miramshah said, “We are investigating a report that there were four Turkmen fighters among the dead.” Officials said earlier this week that a drone strike had killed five German militants.

The US has massively ramped up its drone campaign in North Waziristan, amidst intelligence claims of a Mumbai-style terror plot to launch commando attacks on European cities.

The plot was reportedly caught in its early planning stages, according to media reports.

The missile strikes have reached record levels in the past month, killing more than 150 people since September 3, but have also raised tensions with Islamabad amid reported US criticisms of Pakistan’s efforts to stamp out the militant threat in the area.

The US does not as a rule confirm drone attacks, but its military and the Central Intelligence Agency (CIA) operating in Afghanistan are the only forces that deploy the pilotless aircraft in the region.