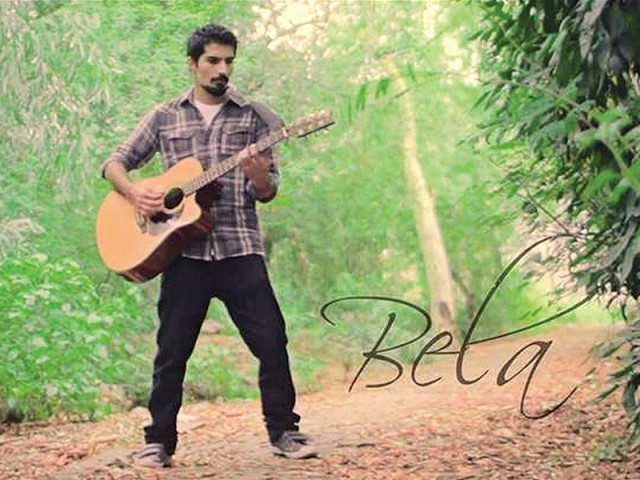 Through music, the band wants to bring peace in the province. PHOTO: PUBLICITY

PESHAWAR: Khumariyaan, a popular instrumental band that came into the limelight amidst terrorism and violence in the region, recently released the video of its latest song, Bela with a unique slogan: Hope for peace, hope of the Pashtuns.

The band comprises Farhan Ali Bogra, a well-known rubab virtuoso, Aamer Shafiq as the rhythm guitarist and vocalist, Shiraz Khan as the lead percussionist and Sparlay Rawail as the lead guitarist. Khumariyaan is known to play with different instruments and produce tunes that represent their native culture.

Bela has a sentimental and soulful tone to it. The HD music video has been created after quite a lot of research and shows picturesque shots of various scenic sights in the Khyber-Pakhtunkhwa (K-P) region. “We wanted to highlight K-Ps’ greenest fields and mountains,” says Bogra.

Directed by Javad Zaib and Bilal Feraq and produced by 37th Productions, the video incorporates visuals of Indian Kathak dance alongside the pulsating rhythm of the rubab. However, this infusion of Kathak with Pashto music has been heavily criticised with many saying that the dance has destroyed the real essence of the music. Regardless of the criticism, Bogra points out that their intentions were genuine. “The song was created purely to spread joy, prosperity and peace among people. We only want to offer pure, peaceful music to the public and create it in such a manner that listeners are set in silence while they enjoy the soulfulness of the music,” he says.

The band wants its music to be a medium of bringing peace to people who have been going through rough times in the province. Khumariyaan has gained immense popularity in the underground circuit of Peshawar, Lahore and Islamabad and attracts a huge audience because of its experimental approach. The band has earlier given several captivating numbers such as Sheenai, Malang Yara, Sakal amongst others and has also been selected for Center Stage Program 2014. Center Stage is an international exchange programme that brings together performing artists from around the globe to perform in the US.

Despite achieving appreciation in such a limited time frame, the band is still struggling to make it big in the mainstream music industry. But nonetheless, it seems pretty content with the progress so far. “If we manage to make the audience forget their worries for a few minutes, the point of forming Khumariyaan would be fulfilled,” they had told The Express Tribune in an earlier interview.

The new song has been already uploaded on their official Facebook page and is available for download on SoundCloud.

Did you know?: Say hello to your own Mary Poppins!