Actor talks about the unpred­ictabi­lity of an actor’s life in Bollyw­ood.
By News Desk
Published: September 10, 2013
Tweet Email 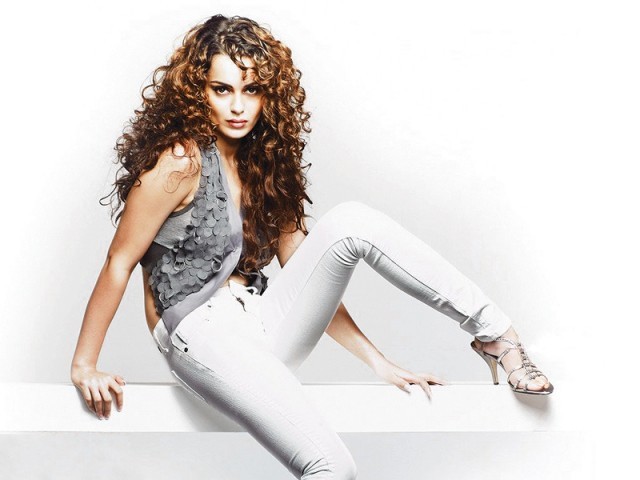 Actor talks about the unpredictability of an actor’s life in Bollywood.

Actor Kangana Ranaut has carved a niche for herself in Bollywood against all odds – no filmy background and a highly-criticised accent. Hailing from a small town in Himachal Pradesh, India, her first break in Anurag Basu’s Gangster was a random encounter with the director at a café. After a few hits and misses, Kangana grabbed a national award for her role in Madhur Bhandarkar’s film, Fashion.

Even though the actor managed to create a place for herself in the industry without any strong connections, she says that the film industry is not a very secure place to be in. “I won’t say I don’t want to be where I am today, but the industry is an insecure place to be in. This industry is like one fine day you get up and you get a call for work and at times, you don’t get work for six months,” said Kangana, according to the Times of India. “It’s not just about me. I think everybody has their own insecurities.”

However, Kangana is content with the way her career is progressing. “I did not have any film connections or anybody supporting me here… I am happy to have reached where I am today. The only thing that has worked for me here is acting, I know how to act,” she said, according to the Indian Express. “People like Irrfan Khan and I, we come from normal backgrounds and we have survived so far despite not having any connections… it’s a great thing.”

Despite achieving a fair deal of success, Kangana seems to have one particular regret. “I have learnt everything here, but my only regret is that I wish I had better guidance at the beginning of my career. I wish somebody was there to guide me. The place where I come from, they don’t give much importance to arts. I didn’t know how to behave or what expectations people had from me,” she said.

Kangana will now be seen playing a grey role in upcoming superhero flick, Krrish 3.  “I look at doing exciting roles and not something that is done on a regular basis. I got an opportunity in Krrish 3 and I grabbed it. I don’t see it as a negative role, she [the character] is not a vamp. She is a girl who is beautiful, sexy and wicked. She has a little love story with Hrithik,” she said.