With Haniya in Canada, Zeb crosses over to Bollywood

With Haniya in Canada, Zeb crosses over to Bollywood

Zeb says she would also love to do music for Pakist­ani films.
By Sher Khan
Published: September 3, 2013
Tweet Email 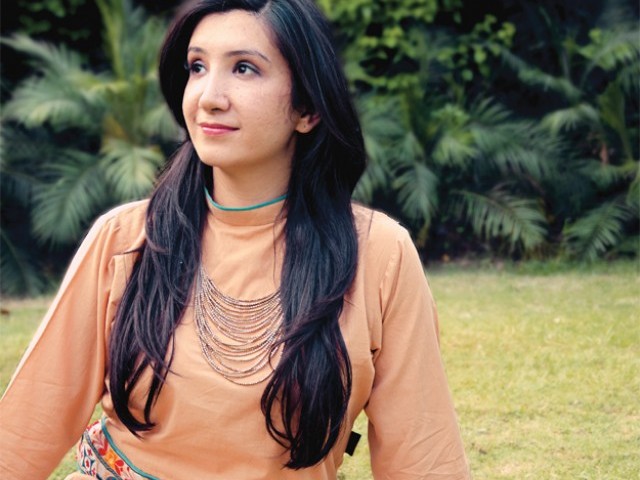 Zeb says she would also love to do music for Pakistani films.

Joining the steadily growing number of Pakistani artists that are crossing over to Bollywood, Zebunnisa Bangash of the musical band Zeb and Haniya, just made her debut as a playback singer with the film Madras Café.

Zeb’s first single in the movie, Mile Ajnabee, is composed by Shantanu Moitra, and the lyrics have been written by Bilal Sami. The next ‘big thing’, as some have referred to her, she, along with the band, is making her own identity. The Express Tribune spoke to Zeb about her newest venture.

“I am very happy that I got to record my first playback single with Shantanu Moitra, with whom I worked on the Dewarists,” she says. “You will hopefully see that I will have more Bollywood-related work in the coming months.”

She describes the shift to B-town as an exciting experience. “I was a bit apprehensive because it is such a big industry. However, I have so much respect for it as I grew up listening to this type of music,” she adds.

Zeb expresses an interest in doing music for Pakistani films, as she had been tabbed in the past to feature on the soundtrack of Shaan’s film Chup. “I would feel a lot of pride in doing work for a Pakistani film,” she says. “My dream would be to incorporate my music in Pakistani cinema, because the satisfaction you get working in your own industry, you don’t get working abroad,” she asserts, adding that  since the Pakistani film industry isn’t big, there is “honesty” in its work.

“There are a number of very good Pakistani films being produced, and Indian people are looking towards them as well due to this reason,” she adds.

Since her cousin and other half of the band, Haniya Aslam decided to take a year off to study music production in Canada, the sight of Zeb treading alone is a surprise. Rumours began to surface that Zeb and Haniya had broken up. To clarify the band’s status and assure fans that they were still together, Zeb held a press meeting at the art café Nairang, in Lahore last weekend.

“You’ve probably never seen me alone, as my cousin Haniya is always with me,” she clarifies. “The last few weeks, there have been rumours that the band has broken up,” says Zeb, adding that they will continue to work together once Haniya returns.

She also said she looks forward to what Haniya will bring back. “Even though we have worked with some very good producers, we figured if one of us puts some effort towards learning production, our work could greatly improve, so we can create and bring out our own sound,” Zeb says.

“It’s important that everybody wishes her luck, because she may become the first female Pakistani producer in the country!”

Before Haniya left, the band completed several projects, including the collaborative album with Shantanu Moitra and Swanand Kirkire, which will be released next. The band has also composed and completed a number of Bollywood tracks, which have yet to be released. Their personal album is ready, but until a record company comes along, the band will not release it.

Zeb has left for the US, where she will spend the better part of the month collaborating with an American band. Also, for the next year, she will be touring, recording, collaborating and keeping the ethos of the band alive.

Get The Look: Whimsical White