Smoke and Mirrors: The 101 of television

Smoke and Mirrors: The 101 of television 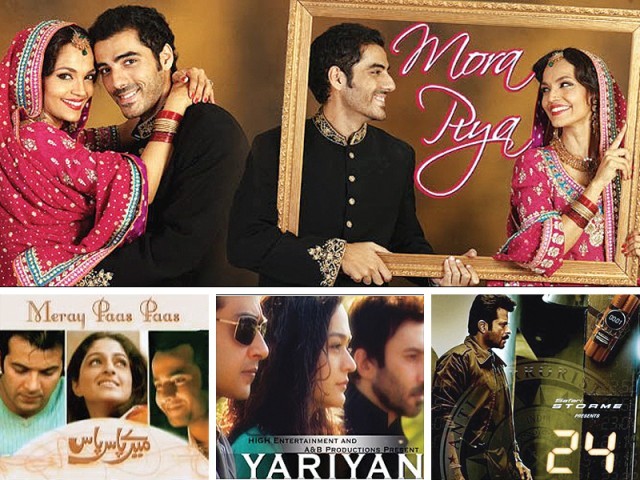 Instead of tracing sluggish soaps from across the border, Pakistan needs to step up and produce quality television.

Pakistan can produce exceptional television. Most will look at Humsafar or the recently concluded Zindagi Gulzar Hai as an example. But there’s more to Pakistani television than a serial, which shows the female lead as a demure victim, and the liberal, modern girl as a maniacal sociopath? Humsafar may be the most popular television show to date — it established Mahira Khan as a solid actor and Fawad Khan as the national heartthrob — but it doesn’t reflect the progress of Pakistani television.

Too many plays tend to play on cliches but time and again, one comes across a compelling series that can easily put its Indian counterparts to shame. Yariyan, a play starring Faisal Qureshi, Aijaz Aslam and Samiya Mumtaz, didn’t have the same old plot of evil mother-in-law versus angelic housewife. It focused on the relationship between the three protagonists, and was as much about friendship between a man and woman as it was about love, loss, deceit and impulsiveness.

Mora Piya, starring Aaminah Sheikh and Adeel Hussain, dealt with the subject of sexual assault and its impact on the survivor as well as those who surround her. Aaminah was exquisite and played the part beautifully. Handled with sensitivity, Mora Piya is just one example of how good Pakistani television can be in holding a mirror to societal injustices.

In Meray Paas Paas, Nadia Jamil starred as a modern, working woman whose ambitious husband (Deepak Perwani) walked out on her when she accidentally got pregnant. Her next-door neighbour, played superbly by Moammar Rana, is her only friend as she tries desperately to save her marriage. But instead of showing her as a victim who returns to her cheating husband due to societal pressure, we see the opposite in Meray Paas Paas. The series ended with Nadia and Moammar falling in love and getting together as a couple while the husband and wife share an amicable divorce.

This is good news because for a while there, Pakistani television was lost chasing its Indian counterpart unabashedly. The repetitive facial-shots with music blaring again and again, popularised by shows like Kyunki Saas Bhi Kabhi Bahu Thi, found its way to local television. In fact, Indian soaps often find space on many local mainstream entertainment channels.

However, the last couple of years have seen a resurgence as new crop of actors such as Mahira Khan, Fawad Khan, Naveen Waqar, Sanam Saeed and Junaid Khan pave the way for the future.

Like Pakistan, India has its share of soaps dedicated to social issues, but they drag on and on and on. If its not soaps, its bad reality television like Bigg Boss. Salman Khan is hosting the upcoming new season and while it maybe the most popular reality show on either side of the border, the show never fails to leave a sour aftertaste.

Contestants are thrown together in a house with no contact to the outside world. If contestants get along and do what is asked of them, Bigg Boss manipulates them to create ruckus. It really is vile television, which erodes the concept of privacy and encourages bitchiness, sensationalises fights and controversy in the name of ratings.

If Pakistan has to draw inspiration from India, one should move away from the soaps and the countless reality shows and move in the direction of event television.

Veteran film star Anil Kapoor made a splashy debut on American television in 2010 when he was cast as President Hassan in the hugely popular television show, 24. Set in Los Angeles, the drama followed the story of Jack Baeur as a counter-terrorism agent, who risks his life all the time to protect the United States of America from terrorists, domestic and foreign, at heavy personal losses.

At its peak, 24 picked up Emmy and Golden Globe awards and even won an interview with Larry King. After eight seasons, the show finally went off air. There are plans to revive the show as a limited series to gauge public reaction before ordering a full season for next year.

This brings us to Anil Kapoor, who starred in the final season, and bought the rights to the show so he could remake the series in India. Touted as one of the most expensive television series in Indian television history, the first trailer of the show is out and it must be said that it looks far more appealing than anything else including a plethora of bad reality shows and miserable soaps.

With Delhi Belly director Abhinay Deo at the helm of the show, 24 is bringing together a combination of intelligent actors from the big screen and the small screen.

Anil Kapoor will star as Jai Singh Rathod, the chief of anti-terrorist unit of India in 24 with a stellar cast backing him including the likes of Anupam Kher, Shabana Azmi, Rahul Khanna, Mandira Bedi, Ajinkya Deo and Rahul Singh.

Unlike soaps, 24 will follow the seasonal route and will include exactly 24 episodes with each episode telling the story of one hour in real time. Depending on the success of the first season, it will be determined if a second season is on the cards.

At 56, Anil Kapoor is reinventing himself on the small screen. And if Pakistan can draw inspiration from miserable Indian soaps or Big Boss, surely, we can get behind television that dares to be different.