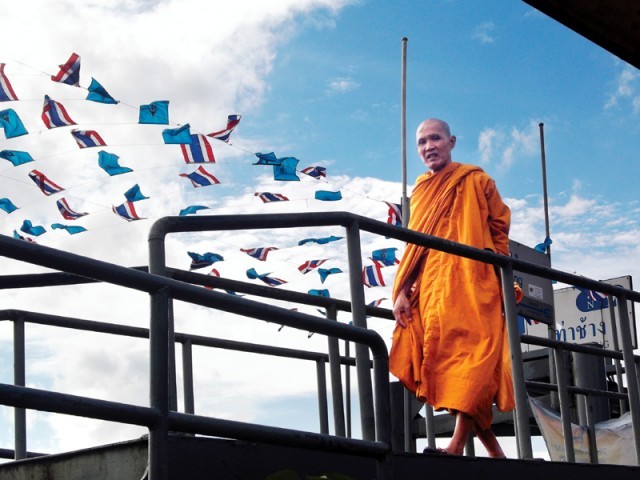 35 photographs taken from across Pakistan and Thailand on display.

A solo exhibition of travelling photography by Syeda Amna Qamar was inaugurated here on Saturday.

As many as 35 photographs were unveiled by artist Ajaz Anwar.

Talking to The Express Tribune, Qamar said, “Each colour plays a vital role in the world we live in. I realised that the use of specific colours in art may be a vital part of different cultures. I want to travel and explore these cultures.”

She explained that the photograph titled Public Transport at the Bangkok depicted Thailand as the land of joy. She said the photograph of a Thai monk in Bangkok, dressed in his yellow-orange traditional robes, represented the spiritual aspect of Thai culture.

She said that each truck in her Truck Art series had a story to tell about its owner, its driver, its hometown and its journey.

Qamar said she had gone to the city’s canal bank to photograph people seeking relief from the summer heat.

Shazia Rubab Hussain, a senior photographer, said, “Amna has a passion for photography. She has explored new vistas in this form of art.”

Sanam Taseer, the owner of the Taseer Art Gallery said, “Amna’s work is about seeing objects in new ways through unconventional angles. Her photographs have an atmospheric.”

Anwar said, “I like the way she has played with colours and the composition of her pictures. Her overall presentation and the use of perspective is commendable. Her photographs are a complete package.”

Amna holds a degree in theatre, film and television from the Beaconhouse National University.