Say the area has been neglec­ted since the creati­on of Pakist­an.
By Our Correspondent
Published: August 27, 2013
Tweet Email 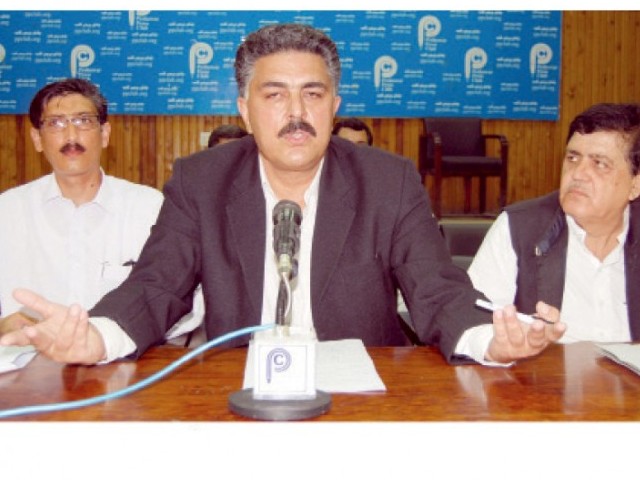 A lawyers’ forum from the Federally Administered Tribal Areas (Fata) has asked the government to extend jurisdiction of the Supreme Court and high court to the tribal areas.

Addressing a press conference at the press club on Monday, the president of FATA Lawyers Forum (FLF) Muhammad Ijaz Mohmand said the area has been neglected since the creation of Pakistan and now the world calls it a ‘crime zone’.

“No one is interested in bringing any change in the war-torn area,” said Mohmand, adding they expected much from the new government but it has not even talked about the oppression in Fata.

“Extension of the Political Parties Act does not make sense when the tribesmen do not have any decision-making powers,” Mohmand argued, adding the previous government considered it a huge success but people are still subjected to the same tyrannical rule.

At the press conference, FLF member Taj Mahal Afridi alleged non-governmental organisations get funds from international donors for the tribal region and pocket the money. “No one wants to change our condition as this is an easy source of income,” he alleged.

The FATA Tribunal created to provide quick justice to the tribal areas has been subjected to criticism after a retired bureaucrat was hired to pass judgments. “Hundreds of people are languishing in jails around Fata since the last two years and nobody has been presented for trial,” said Afridi.

The forum asked the federal government to extend the jurisdictions of the supreme and high courts to Fata and ensure “provision of basic human rights as enshrined in the Constitution of Pakistan.”