Tax on a man’s castle

Tax on a man’s castle

While the tax is in name a tax on ‘luxury’, this is not a signif­icant tax on the rich.
By Mohammad A Qayyum
Published: August 25, 2013
Tweet Email 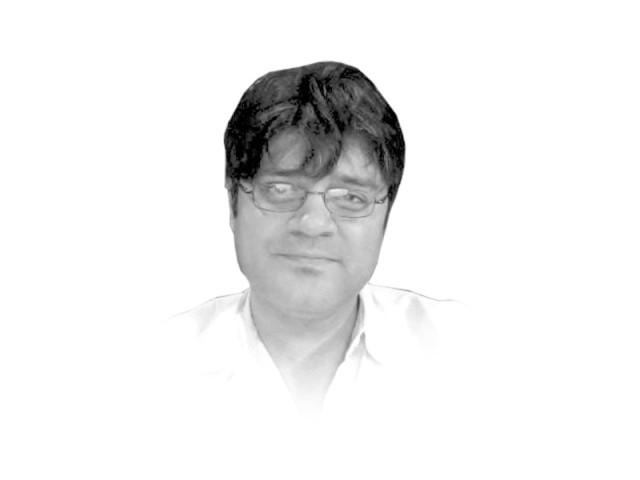 The writer is a practising barrister and managing partner of Qayyum and Associates in Lahore. He is a graduate of Columbia and Oxford universities

The Punjab government has only recently through the Finance Act levied a one-time ‘luxury’ tax on houses measuring two kanals or more in certain areas of Punjab. At present, the same is being imposed only in certain arbitrarily chosen areas of Lahore. Homeowners in New Garden Town and Model Town have received notices demanding 0.5 or one million rupees or more, on houses varying from two kanals to less than four kanals, four to less than eight kanals, and eight kanals and more, respectively. As the dates for payment near, petitions have been filed before the Lahore High Court against the levy. Legal arguments on the touchstones of discrimination, double-taxation and the violation of fundamental rights shall, of course, be argued threadbare, before the courts and since the matter is sub judice, one ought not get into the same. However, one can, of course, talk about the policy and economic aspects of the levy, things that are more properly talked about here, than in court.

At the outset, quite how a house, which is a home, can be deemed a luxury, is debatable. A person’s fundamental right to life includes the right to a home. Having a home is an essential right, a good, like education. No matter how much one spends on one’s home or, for that matter, education, surely it is none of anyone’s business to tax it. This is especially so, as homeowners are paying property tax on their homes already.

One understands and would agree that if one owns more than one house, then it can be argued that the second house is a luxury and that should be taxed.

It seems that the provincial government is itself somewhat embarrassed by the levy: it describes this levy as only ‘one-time’, as if this in any manner justifies it. Perhaps it thinks the taxpayer will not complain. The issue still remains — either the tax is sustainable in policy or it is not, be it perpetual or one-time.

Like most populist steps, this step is hollow at its heart. Mr Shahbaz Sharif is often prone to roaring against the rich. But the rub lies in the fact that he does not tax them proportionately. While this tax is in name a tax on ‘luxury’, this is not a significant tax on the rich. The maximum ceiling for the tax is Rs1.5 million. A house on eight kanals will be charged the same amount as a tycoon living in a 230 kanals palace. Rs1.5 million is a pittance for a multibillionaire but for a lower middle class family living in a four kanal inherited house, paying one million rupees is huge chunk of their income and well-nigh impossible to pay.

Speaking of billionaires having to pay tax on their palaces, all of this is only if the place or the palace is taxed at all. Therein lies another huge loophole and weakness of this levy. What areas get levied with this tax is left up to the unguided whims of the executive, which can arbitrarily decide as to which areas fall within the taxed category and which do not. The absurdity of this aspect of the levy is highlighted when one notes that some of the posh areas of Lahore do not have to pay this so-called luxury tax at all.

While being difficult for the taxpayer, the excise department seems to be proceeding with this hugely unpopular levy in a very considered and intelligent manner. It is keeping the speed of issuance of the notices slow. Had all of Lahore received the notices on the same day, the city would have been in an uproar. This way, it slowly chokes out the taxpayer.

Ultimately, it is clear that the incidence of this tax would really be most greatly felt by the middle class homeowner, a class already devastated by rising inflation and various taxes. It would, thus, be better if the government withdrew the same and perhaps, actually taxed the rich on their luxuries, rather than simply dressing up a tax on the middle class, with empty rhetoric and faulty implementation, while leaving loopholes for the rich to exploit

Planning to reach the middle class