Curriculum reforms: ‘K-P will not succumb to external diktat’

Curriculum reforms: ‘K-P will not succumb to external diktat’ 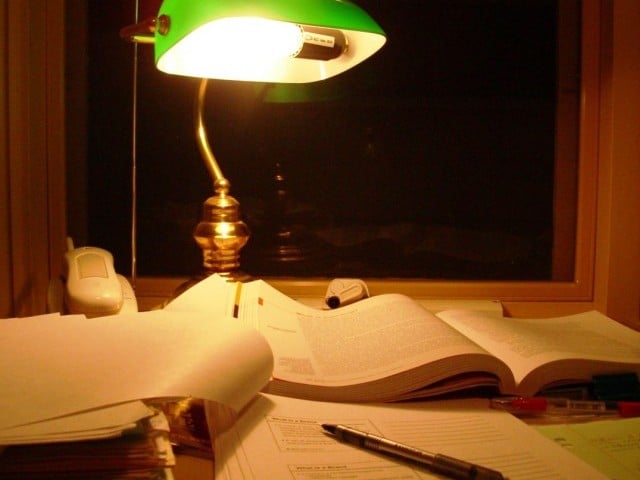 The information minister said Sethi in his TV programme claimed the curriculum in K-P was heading towards fundamentalism. HOTO: FILE

The Pakistan Tehreek-e-Insaf (PTI) led Khyber-Pakhtunkhwa (K-P) government has decided to revise and develop the province’s academic curriculum in accordance with the country’s cultural norms and Islamic ideology – with no ‘external dictates’.

“Jihad is a part of our faith and every child should have knowledge about it and its true spirit,” said Farman, who was flanked by Elementary and Secondary Education Additional Secretary Qaiser Alam. “In the curriculum we will include whatever we consider correct. We are not going to appease anyone,” he stressed.

The information minister said Sethi in his TV programme claimed the curriculum in K-P was heading towards fundamentalism because Jamaat-e-Islami was PTI’s coalition partner, while Maulana Fazl claimed PTI will make the syllabus secular. Wednesday’s press conference was an attempt to clarify the provincial government’s stance.

“If Sethi is so concerned, why didn’t he raise his voice in the 80s’ when there was fundamentalism in the curriculum in Afghanistan? Is that not promoting jihad?” For certain quarters it is jihad only when America calls it that, he added. “Jihad is part of our faith, just because some people are misusing it doesn’t mean the tenet itself is to blame,” said Farman.

“The maulana claims he will not allow us to make changes which are against Islam, when the truth is the curriculum change was initiated by the last ANP-led government after the then provincial education minister Maulana Fazl Ali of JUI-F visited Germany,” maintained Farman. He added the JUI-F chief should ask his political partners how and why these changes were implemented.

The information minister listed what he called “criminal changes” introduced by the last ANP-led government in the province’s curriculum.

“In a history book for grade six, Kashmir is drawn as a part of India. If we change it as being a disputed territory or even as a part of Pakistan, would that be a wrong step?”
he questioned.

“ANP, which claims to be the real representative of the Pukhtun culture, approved the picture of a woman dressed in a skirt in a co-curricular book taught at the primary level to depict what a modern, educated woman looks like.”

“All Islamic matter was replaced by the previous ANP government in a process initiated by JUI-F’s leadership during the Muttahida Majlis-e-Amal government,” alleged Farman. “We have no contention with the inclusion of Helen Keller and Quaid-e-Azam in the syllabus, but there was no need to replace lessons on the Holy Prophet (pbuh) and Hazrat Umar,” he said.

Giving another example of such ‘criminal changes,’ Farman said Surah Al-Anfal, Sura Al-Ahzaab and Surah Al-Mumtahina were deleted from the Islamiat textbook for grade nine.