Promot­ing violen­ce in any manner does not appear to be a very wise decisi­on at all.
By Editorial
Published: August 19, 2013
Tweet Email 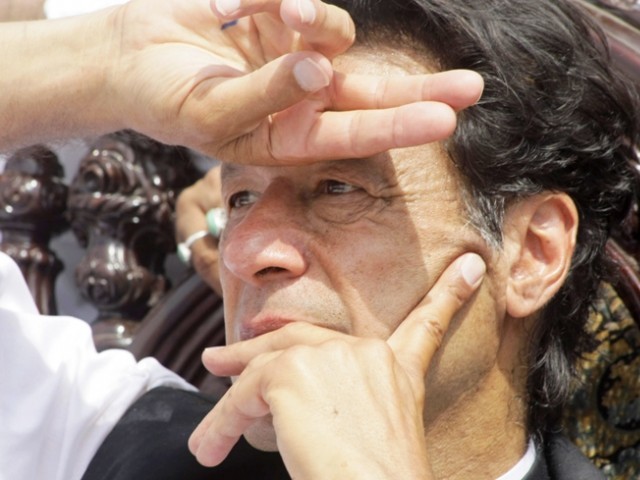 The Khyber-Pakhtunkhwa (K-P) government is set to ‘rectify’ mistakes in the school curriculum and restore to it material regarding ‘jihad’, which was removed under a reform process initiated in 2006, and carried through with at the provincial level under the previous Awami National Party government. A committee of educationists and scholars had, at the time, worked to remove content from textbooks that would in any way promote violence and replace it with themes intended to encourage peace and tolerance. Logic would suggest these are essential to the province. As part of the same exercise, Arab heroes had been replaced by stories of persons closer to home, including poets, Sufi thinkers and others with roots in K-P.

However, the provincial minister for elementary and secondary education at a meeting at the offices of the Peshawar Textbook Board has said this process may soon be reversed. The minister, affiliated with the Pakistan Tehreek-i-Insaf (PTI), has said the ‘religious’ content of curriculums would never be sacrificed. The PTI has faced strong pressure on this count from its ally in the provincial government, the Jamaat-e-Islami (JI), whose ministers attended the meeting. The JI had made fervent efforts to be allotted the education ministry in K-P, with strong protests heard from civil society groups following early indications that the PTI was preparing to do just this.

The PTI chief, Imran Khan, has said that the success of the K-P government was vital to his party. He is, of course, right. But he must consider what success should mean. In a province as troubled as K-P, it must include an end to militancy and the extremist mindset that spurs it on. In the longer term, this can happen only by ensuring that the next generation receives the right message and is able to move away from the hatred and accompanying violence that has engulfed the province. Much of it is perpetrated in the name of religion. In these circumstances, promoting violence in any manner does not appear to be a very wise decision at all and will only lead us into greater darkness and ignorance, hauling us back from the attempts to move towards light.

A question of prisoners