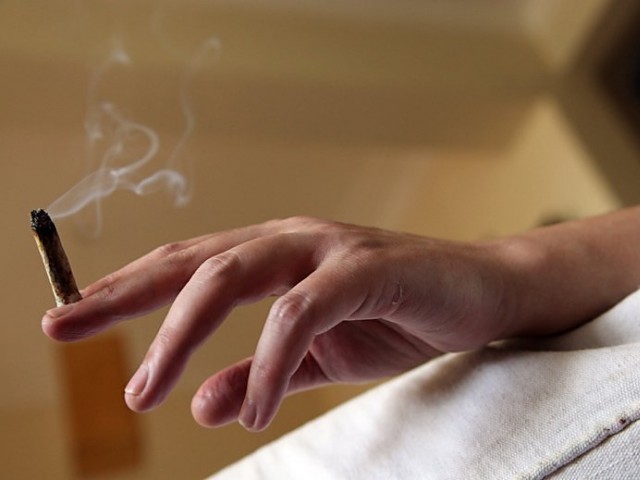 A man in western Ohio found nearly 300 pounds of marijuana stuffed into a Mexican-made gun-storage safe that he recently purchased on the Internet. PHOTO: AFP/ FILE

OHIO: A man in western Ohio found nearly 300 pounds of marijuana stuffed into a Mexican-made gun-storage safe that he recently purchased on the Internet, authorities revealed on Sunday.

The 1,000-pound steel safe, ordered from Champion Safe Co. of Provo, Utah, was made in Nogales, Mexico, and shipped by truck from Mexico to Champion’s warehouse near Mansfield, Ohio, Shelby County Sheriff John Lenhart said.

The safe was delivered on June 19 to the customer in western Ohio by an independent driver working for Champion, Lenhart said.

The marijuana, tightly wrapped in 10, 28-pound packages, has an estimated street value of $420,000, according to Lenhart. He said the truck’s shipment contained 25 to 30 safes, and that all the others were free of drugs.

Lenhart said his office has been working with the U.S. Drug Enforcement Administration on the case and had decided not to reveal it publicly to avoid impeding the investigation. Authorities are not releasing the name of the customer for personal safety reasons.

He said the DEA normally would not be interested in what is considered by federal agents to be a relatively small amount of marijuana. But the DEA is interested in learning more about the delivery method and size of such an operation.

“It’s a pretty decent way of smuggling,” Lenhart said. “My guess is that it’s not the first time it’s happened.”