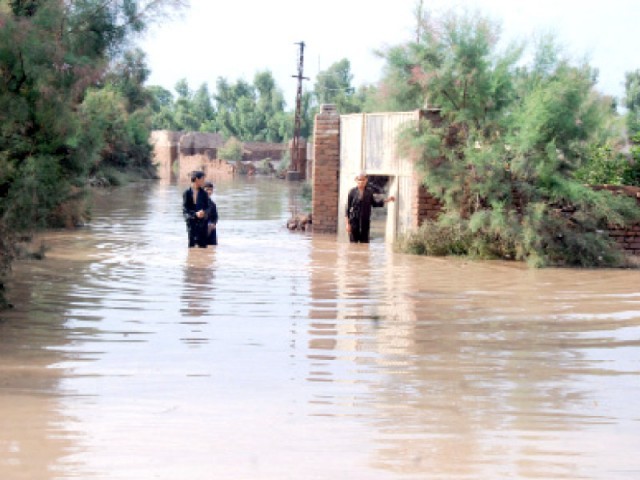 Budhni stream overflowing on Charsadda road in Peshawar. Residents in Chitral have warned of sit-ins if relief is not provided in the province soon. PHOTO: EXPRESS

Flood-affected people in Chitral on Saturday demanded relief from the Punjab government after the Khyber-Pakhtunkhwa government failed to provide any assistance in the district.

Addressing journalists at the Chitral Press Club, Advocate Ghulam Hazrat Inqilabi, Muhammad Ubair, Shakiruddin and Muhammad Wali said residents are spending their days under the open sky, but the district administration has yet to take any measures to help them.

“Nothing has been done to clear the roads or to prevent the situation from deteriorating further,” said Inqilabi. He added they will migrate from the area and hold protests outside parliament if their demands are not met.

“We are frustrated by the utter lack of interest from the provincial government and have sought Punjab Chief Minister Shahbaz Sharif’s help,” said Wali. He added they have presented their demands for relief to District Disaster Management Authority Chairman Muhammad Shoaib Jadoon and other officials, but they have not replied.

Wali said the cold response from local officials have further compounded their miseries, adding they are already disconnected from Chitral city because the road linking it to Bumburet in Kalash Valley was washed away by floodwater on July 31.

Prices of daily items have also shot up due to a shortage of edibles in the market.