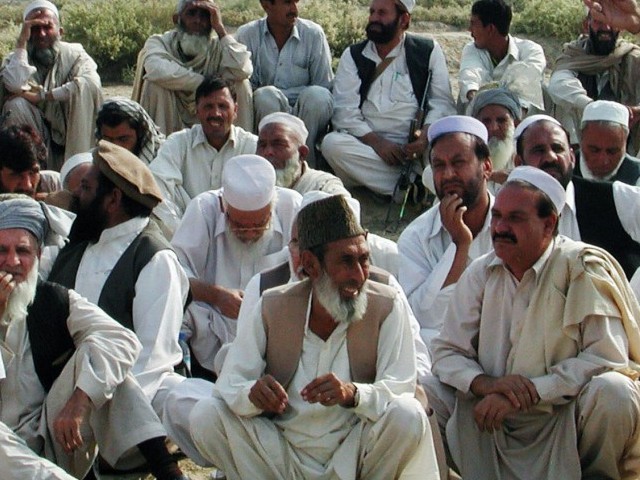 Addressing a tribal jirga after inaugurating a martyr’s memorial built at Ghallanai in the memory of security forces personnel killed in the war on terror, the IG said peace has been restored in Mohmand with the sacrifices rendered by security forces and tribal elders.

“Mohmand Agency is cleared of militants and the nation cannot forget their sacrifices,” he said, adding the monument is the first step to honour those who laid down their lives.

According to Ghayur, about 170 FC officials have died while 500 have sustained injuries along with hundreds of tribal elders.

He claimed militants who escaped following military operations have now taken refuge across the border in Afghanistan and try to infiltrate into Pakistan to sabotage peace. “They (militants) will not succeed in their vested aims,” he pledged, adding “security forces and tribal elders are cautious of their surroundings and determined to maintain the writ of the state.”

Moreover, he said a Pak-Afghan highway will be constructed and a friendship gate is being built to promote trade between Pakistan and Afghanistan. “The gate is incomplete due to objections raised by Afghan officials and efforts are underway to reopen Gorsal Highway in the agency to restore business activities.”

Ghayur also inaugurated a youth vocational training centre in Ghallanai which will provide training under the supervision of the Pakistan Army. “25 youngsters from different areas will be trained in stitching footballs by professional trainers from the Sialkot football industry. This will boost the industry in the region in the long run,” he added.

Ghayur claimed the agency has the finest marble and the government is doing its best to facilitate mine owners in exploration activities. In return, mine owners should also extend their cooperation to the administration, he said.

Peace committee leaders also addressed the gathering, saying committees are fully cooperating with security forces and will continue to do so to thwart any foreign aggression in the future.