Abdull­ah Khan said the party’s provin­cial leader­ship has left it to the worker­s to decide who to side with.
By Our Correspondent
Published: August 16, 2013
Tweet Email 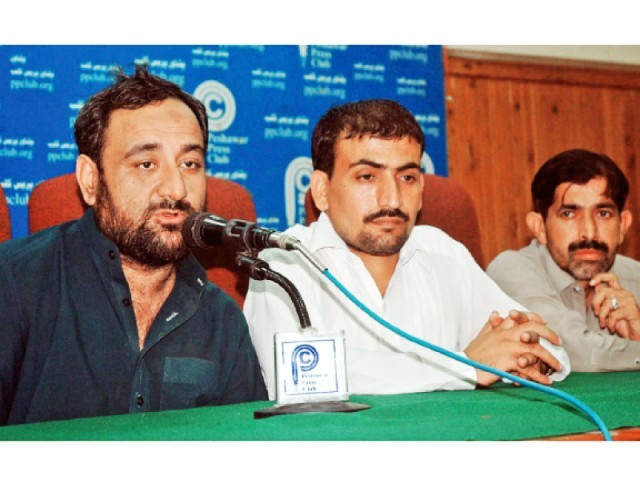 PML-N member Abdullah Khan said the party’s provincial leadership has left it to the workers to decide who to side with. PHOTO: INP

Members of the Pakistan Muslim League-Nawaz (PML-N) in PK-2 and PK-3 have expressed their support for Pakistan Tehreek-e-Insaf’s candidate in NA-1.

In a press conference held at the Peshawar Press Club on Friday, PML-N Workers Committee Chairman Abdullah Khan announced he will support PTI candidate Gul Bacha in the August 22 by-polls.

Khan said the party’s provincial leadership has left it to the workers to decide who to side with.

NYO provincial organiser Malik Arshad said a rally will be held today (Saturday) while a joint public gathering will be held on August 18 in Nowshera in support of ANP, PPP and JUI-F joint candidate in NA-5, Daud Khattak.