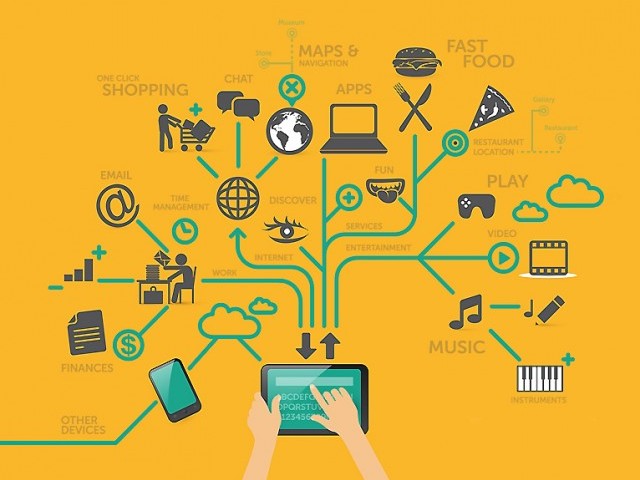 While there are now over 20 million Pakistanis online – a number which is growing rapidly – there is very little documentation or research on how the internet is being used in the country.

This online survey, conducted through The Express Tribune and Express Urdu websites aimed to capture a snapshot of the local internet user’s perspective.

Both English and Urdu sites and their social media accounts were used to promote the survey in order to capture a wider, more diverse audience.

[Explore all the data on Tableau one and two]

•  The survey highlighted a large gender disparity in respondents, with males dominating. This trend has been highlighted in the past; Pakistan’s Facebook audience was 70% male, 30% female in April 2013.

•  The majority of respondents (94%) are from urban areas, led by Karachi, Lahore, Islamabad.

•  Laptops are the most used device (81% of total respondents) to connect to the internet.

•  A vast majority of respondents (97%) have high speed internet connections. Dial-up internet use is almost negligible.

•  Over half of respondents (60%) pay Rs1,500 or less per month for their internet connections.

•  Social networks/chatting is the number one activity for respondents, followed closely by email and news.

•  Nearly all respondents are on Facebook. Twitter and LinkedIn are both used by at least half of respondents.

•  More than half of respondents say they have befriended someone on a social network whom they have never met.

•  41% say they have met someone in the real world whom they have only met online.

•  Over 30% of respondents say they have become romantically involved through the internet.

•  More than half of respondents have made a purchase online.

•  A greater number of respondents (56%) have made a purchase online, as compared to selling something online (26%).

•  More than half of respondents never click on an online ad.

[Explore all the data on Tableau one and two]