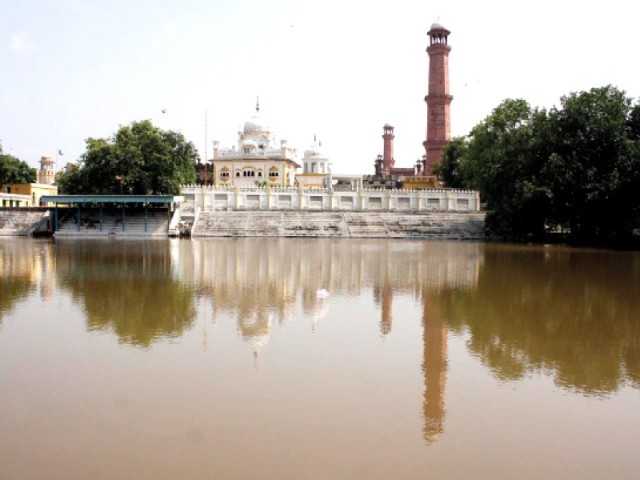 The rainwater accumulated at Attique Stadium in front of Ranjit Singh’s mausoleum has not been removed.

Talking to The Express Tribune, Dr Sehar Raza of Ganga Ram Hospital said, “The residents of the area are at risk of malaria and dengue fever from mosquitoes that might breed there.”

Tania Qureshi, a communications expert at the Walled City of Lahore Authority said, “Attique Stadium is under Punjab Horticulture Authority…we can’t drain water until we get control.”

Parks and Horticulture Deputy Director Javed Sheda said the PHA was not responsible for Attique Stadium. He said it was the duty of the Punjab Sports Board to drain the water.

He said Chief Minister Shahbaz Sharif had directed the board last year that if the board faced any problems regarding the “maintenance and draining water from the stadiums we must refer it to PHA.”

A Water and Sanitation Agency official told The Express Tribune that WASA could drain the water from the stadium if the PHA asked them to do so. He said looking after the parks was PHA’s responsibility. “We can assist them if our assistance is sought,” he said.

Rafay Alam, an environment activist, said the PHA and the WASA must the water on war footing.

Environment district officer Younas Zahid said an inspection team would visit the site on Monday (today) to inspect it for dengue larvae.