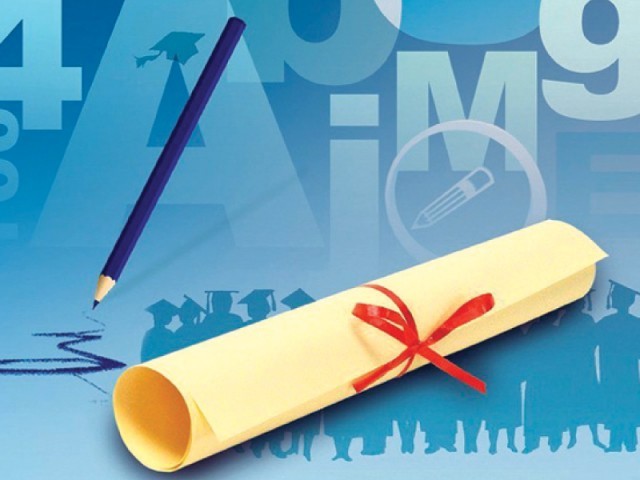 Some 200,000 Pakistani students sat the exams conducted by the CIE this year.

Schools across the city had a busy day as scores of students made their way to schools to collect the results of their O and A Level examinations which were released by Cambridge International Examinations (CIE) on Tuesday.

Some 200,000 Pakistani students sat the exams conducted by the CIE this year, though the Islamiyat and Pakistan Studies exams had to be retaken in June after the question papers were found to have been compromised after they were originally attempted in May.

Gulrukh Rehman, the vice principal of the Lahore Grammar School 1A1 Ghalib Market campus, said that the school’s O-Level students had obtained “exceptional” results. “We have exceptional results every year but this year our students have performed even better,” she said, with almost 70% of all grades being As. A total of 120 students from the school sat the exams. “Our students are extremely happy and excited and so are we. It’s a great day for all of us,” she said.

Yasmeen Azhar, the headmistress at the Beaconhouse School System in Allama Iqbal Town, spent the day crunching numbers and tabulating grades to generate an overall result. So far, she said, their grade point average for the O-Levels was slightly less than last year, but the results were still being tabulated and the overall scores were very good. “We have a 100% success rate in our results. Not a single student has failed any subject,” she said. More than 160 students sat the CIE O-Level exams this year.

Afia Shah, the A-Level coordinator at the City School’ws Ravi campus, was also excited about her students’ results. “They have been excellent, especially in the sciences,” she said. As many as 160 students sat their A Level examinations, she said. The results of the A-Level students were better than of the AS-Level students, but all the students appeared to have done “pretty well”, she said..

Amina Mashhood Shorish was over the moon with her 7A*s and 2As. The Convent of Jesus and Mary student said that she had worked hard to obtain the grades, particularly because of the retakes. “I was in utter denial for the first few days, but reality eventually sunk in and I started preparing once again,” she said.

Fatima Shahid of LGS, Faisalabad, who is visiting Lahore over the summer, said she was thrilled with her 8A*s. But Danial Nadeem of LGS Johar Town was “flabbergasted” with the two Bs and a C in his three O-Levels.

Fasahat Khan of the SICAS schools system blamed the re-sits for his failure to score an A in Islamiyat. He scored Cs in Islamiyat and Pakistan Studies and Bs in six other subjects. He said that he had expected an A after his first attempt at Islamiyat. Many classmates of his also got Cs in the two subjects, he said. “The CIE had announced that the difficulty level of the exam would be the same as the previous one, but a lot of us found it harder,” he said.

On Monday, CIE executive director Michael O’ Sullivan said in a statement that the overall results were in line with those of previous years, which showed that the exams for the second sitting were no more or less demanding than usual.

Uzma Khan, the senior schools development manager at CIE, told The Express Tribune that more than 95 per cent of the 15,000 students who sat the first exams also retook them.

She said that the results were similar to previous years.

She added that the CIE had investigated the exam paper leak and reviewed its security procedures to prevent such an incident happening again, but refused to give details on the investigation.