The mosque had earlier been attacked by a Buddhist mob, which had wounded at least four people. 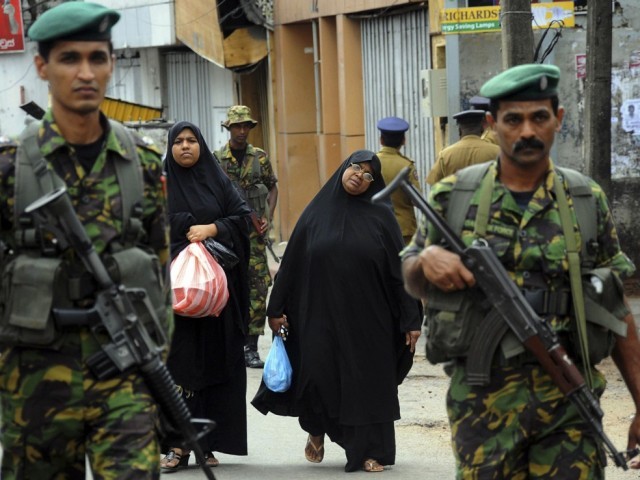 Sri Lanka's Muslim leaders closed down a new mosque in Colombo on Monday after attacks by a Buddhist mob revived simmering religious tensions.

The Sri Lanka Muslim Council said it had agreed to shut its mosque at Grandpass and move to an older place of worship which the government had earlier earmarked for demolition as part of the capital's development.

"The government will rescind the order acquiring the old mosque premises and will grant more land and help with renovations and improvements.

"From today, we are out of the new mosque."

Buddhist-led mobs vandalised the new mosque, including pelting stones at the building on Saturday, wounding at least four people. Sporadic clashes also erupted on Sunday despite a heavy police presence in the neighbourhood.

The violence comes after Buddhist hardliners attacked several Muslim-run businesses outside Colombo in March, one of a series of incidents targeting the minority group.

The US embassy in Colombo has expressed concern at the latest violence and urged authorities to prosecute those responsible.

The US, which in March initiated a UN Human Rights Council resolution against Sri Lanka over alleged war crimes against Tamil Tiger rebels in May 2009, also urged Colombo to ensure religious freedom.

Seventy per cent of Sri Lanka's 20-million-strong population are Buddhists, while Muslims are the second-largest religious group, making up just under 10 percent.

Buddhists had objected to the setting up of the new mosque near a Buddhist temple even though it was built to replace the older mosque earmarked for demolition in line with city works.

A night curfew was lifted at dawn on Monday, a police spokesperson said, adding that the situation was calm and no fresh incidents had been reported since the government announced the mosque's closure on Sunday night.

The government held lengthy talks with Muslim and Buddhist leaders on Sunday and announced what Technology Minister Champika Ranawaka described as a "just solution" acceptable to all sides.

"Through a just solution, we have now peacefully solved the issue," the minister said.

As part of the deal, Buddhists agreed to cut down a Banyan tree, a key Buddhist symbol, that had overshadowed the old mosque and had originally prevented its expansion, residents said.

Hundreds of police, including elite Special Task Force commandos, guarded the area on Monday as workers used power tools to bring down the tree, also located in the Grandpass area. 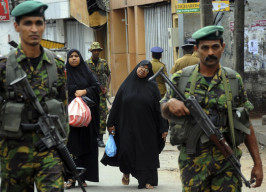 @srilankan buddhist: ... and Buddhist terrorists, and Hindu fanatics, and Christian fundamentalists, and Zionists, and racists, and every other savage co-habiting this planet.

"This is what happens when you let culprits of Gujrat (India), Gojra (Pakistan) etc get away. Things are repeated. "

In Gujrat justice is done.

All the muslims who burned down the train and resulted in the killing of hundreds of Hindus and Muslims are proven guilty.

Adil : You made my day. Hasnt stopped laughing yet

It is sad and only happens in shitty countries (not for just one country or religion). . In the west, when perpetrators of a crime are brought to justice, no one dares repeat that. . This is what happens when you let culprits of Gujrat (India), Gojra (Pakistan) etc get away. Things are repeated.

@sheri... i heard of the very same CLASSIC comment by Moeed Pirzada on TV over a discussion on Buddhists.... Do you mean Buddhists should tolerate all types of invasions (by fanatics)?...

@Sheri: Organized Religion is like alcohol........ Good in small doses,but when it high to your head..You would commit the worst of crimes without even thinking whether its good or bad!!!!

Thats why i believe religions are man made.

I heard that buddist are peace loving like hindus and they do not hurt any living thing.

@ModiFied... introspection? Sour search??? what does they mean?/

Sunni misread the address and instead their target, shia or ahmadi, they destroyed - shaheed their own Mosque.

This is serious. We should now wait for the coming of Jinnawardene, who will call for top-left corner of Sri Lanka to be made into a new country, Srilankistan, where the muslims of Sri Lanka can freely kill each other.

How come every religious community has problem with Muslims ? isn't need for introspection and deeper soul searching?