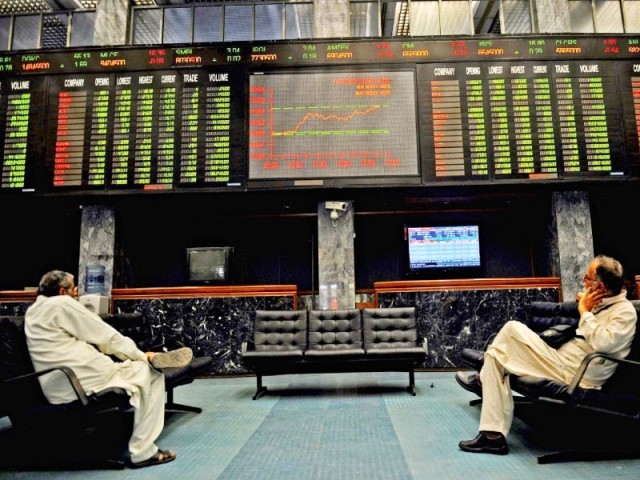 The KSE-100 index reported a 52% return in fiscal 2013, making it one of the top gainers across the world. PHOTO: FILE

The winning investment strategy of 2013 has been simple but extreme: return home to the safety of the biggest, most-traded markets, or venture to the riskiest frontiers from Ivory Coast to Pakistan.

Those in the middle of the risk curve – the biggest emerging markets that now account for almost half of the top 20 world economies – have been the big losers.

The contrasting fortunes may herald the start of a broader re-pricing of big emerging economies where a flood of cheap money from developed economies has distorted prices the most.

Risk – which dominated global financial markets in the past few years – has played a smaller role in defining the performance this year. Developed and frontier stocks, which sit on the extreme ends of the risk spectrum, outperformed emerging equities.

But two different forms of liquidity may have been the key.

Emerging markets have received an estimated $4.2 trillion of global liquidity pumped by the likes of the US Federal Reserve and Bank of Japan since 2009, which has distorted the premium investors pay to hold emerging market assets.

As many investors rushed to the emerging world, yields became compressed to such an extent that investors were treating some of these assets almost as a developed market proxy.

However, another form of liquidity – the market perception of how easily and quickly you can trade an asset – has remained inferior to those in the advanced markets, causing explosive moves when investors head for an exit.

Investors in frontier markets are specialised managers who accept the illiquid nature, invest for the long haul and do not make quick allocation changes because of global events. This makes frontier assets less correlated.

“Big emerging markets were reacting to the global flow of liquidity. That flow is independent of fundamentals. That’s where the mispricing came from,” said Salman Ahmed, global strategist at Lombard Odier Investment Managers.

“But if you look at frontier markets, you have to do your own, siloed, specific balance sheet analysis … This liquidity premium story has a longevity. You will have structural re-pricing of liquidity premium.”

Flow data tells a similar tale. According to Lipper, global emerging mutual and exchange-traded funds attracted a net $10 billion in the six months to June, less than 3% of total assets under management, having seen outflows of about $8 billion in June alone.

Frontier equity funds pulled in a net $1.4 billion, more than a third of total assets.

In the United States – home to nearly half of global pension, insurance and mutual funds assets – funds that invest in international developed stocks saw a net $69 billion in inflows in the half-year period.

“Pretty much all the Western and Japanese central banks have created vast amounts of liquidity that spilled into emerging markets. They were united not by their own particular stories but by the fact they have all been subject to the same degree of overwhelming liquidity flows,” said Michael Power, global strategist at Investec Asset Management.

Ahmed says frontier markets also involve what he calls “moral hazard” trade, which involves foreign financing of countries for political and strategic reasons, such as Ivory Coast and Pakistan. This type of capital, like foreign direct investment, tends to be more stable and long-term than portfolio flows.

Pakistan receives $1.5-2 billion of security and economic aid from the United States each year while the International Monetary Fund is offering it a $5.3 billion of loan and Britain has promised 446 million pounds ($680.57 million) in aid in 2014.

The Karachi Stock Exchange’s 100-share index reported a 52% return in fiscal 2013, making it one of the top gainers across the world.

“There’s international support for the country to stay afloat because of political issues. They are too strategically important to fail,” said Ahmed. “You have to switch hats in doing frontier analysis because it moves from a pure economic analysis to a political analysis.”