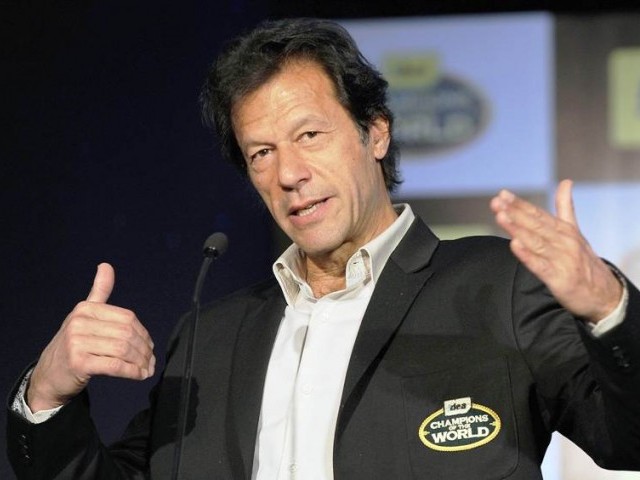 ISLAMABAD: The Supreme Court deemed Pakistan Tehreek-e-Insaaf Chairman Imran Khan’s verbal and written reply both as “insufficient” during the hearing of the contempt of court case, Express News reported on Friday.

Imran’s lawyer arrived from the US last night, therefore a brief verbal response was delivered. The court expressed dissatisfaction over the verbal reply and adjourned the hearing till 11:30am (today) for a better, written response.

Imran and his lawyer were in court before the allotted time with the written two-paragraph reply.

In his reply he stated that he did not use the word “shameful” for the judiciary, rather for the presiding officer in the election process.

“Can such words be used for the judiciary?” asked Chief Justice Iftikhar Muhammad Chaudhry had earlier asked during the hearing.

CJ Iftikhar Muhammad Chaudhry added that since Imran is a leader and public figure, such words and statements are not expected from him.

Lawyer Hamid Khan said Imran had complaints regarding the Election Commission of Pakistan however Imran holds no disrespect for the court or the judiciary.

Imran stated that he and the party strongly support the judiciary and had worked hard during the movement for restoration of the judiciary.

“The restoration of the judiciary had been on my agenda. I had also spent eight days in jail for that”, said Imran in court.

The court deemed the replies as inadequate. The words allegedly used for the judiciary can be punishable by law according to the court’s decision at the end of the hearing.

The court has allotted Imran time till August 28 to submit a written, detailed response.

Imran addressed the media after the contempt of court hearing and said, “My disappointment and criticism was aimed towards the presiding officer for the elections.”

Addressing questions of an apology, Imran said “If there is no contempt, what should I be apologizing for?”

Imran stated that he respected the judiciary and would soon bring forward a white-paper as evidence to show that rigging took place in the election process.

“I have not done or said anything that is punishable by law, my statements were made in the interest of democracy in Pakistan”, he added.

Imran Khan had vowed on Thursday that he would stand by his stance, even if it meant he is sentenced and disqualified from being elected into the assemblies. The PTI chief asked if a citizen of Pakistan had the right to seek justice from the Supreme Court over the alleged rigging during the May 11, 2013 elections.

“If this is contempt, then I do not think they know the meaning of contempt.”

Dera Bugti chronicles: Too scared to go to school