Financ­es to be used to enhanc­e produc­tion capaci­ty to 3m tons a year .
By Our Correspondent
Published: August 1, 2013
Tweet Email 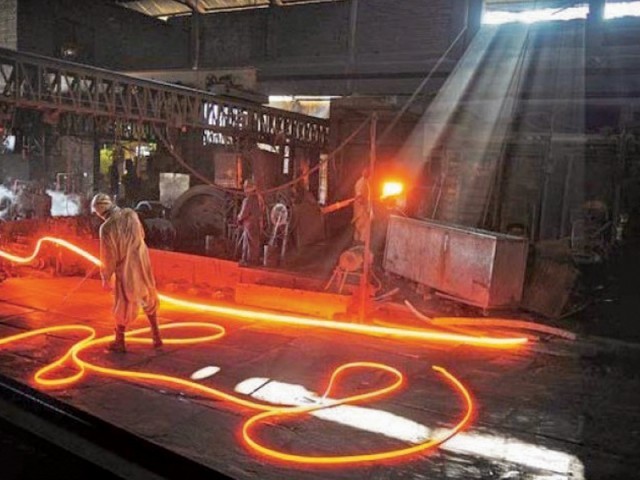 Russia offered $1 billion financial and technical assistance for rehabilitation and upgrading Pakistan Steel Mills (PSM), according to a statement issued by Board of Investment.

Sergey Abuditze, deputy general director for development of JSC Technopromexport – Russian-based engineering company that builds energy facilities in Russia and abroad – announced the assistance while calling on the Board of Investment Chairman Muhammad Zubair on Thursday.

The BOI chairman also discussed the two phases regarding of PSM where in the first phase the capacity of the Pakistan Steel Mills will be, at first, rehabilitated and then upgraded to 1.5 million tons a year. In the second phase, production capacity will be enhanced up to three million tons a year.

Abuditze said that Russia will provide financial assistance worth $1 billion for the project. This matter has received positive response and is presently under active consideration at the highest level on the Russian side.

The Russian-based company discussed the project of converting Muzaffargarh thermal power station to coal and establishing a 600-megawatt coal-fired power plant at Jamshoro.

Abuditze apprised the BOI chairman that Technopromexport (TPE) is one of the largest companies in Russia, specialising in setting up electric power stations. Discussing previous projects by built by the company in Pakistan, Abuditze said that TPE’s project portfolio in Pakistan includes installing units 1, 2 and 3 at the 660MW-Muzaffargarh plant between 1993-95 and setting up the 220MW-Guddu plant in 1981 with the financial assistance of Soviet Union.

The Moscow-based firm is keen to undertake projects in Pakistan, and can also assist them in obtaining loans and financing some projects.

Abuditze further went on to say that in June 2010, a TPE team visited Water and Power Development Authority and Pakistan Electric Power Company where the company was requested for assistance in rehabilitation of three Russian-made units at the Muzaffargarh plant.

A “framework cooperation agreement’ between JSC Technopromexport and Genco Holding Company was agreed and funding of 500 million Euros for rehabilitating and converting the Muzaffargarh plant.

BOI chairman Zubair also pointed the TPE towards a potential project where the government may need their assistance such as the construction of new coal-based unit with a capacity of 500-600MW.

While talking about the financial and technical assistance of rehabilitation/up-gradation of the PSM, he appreciated the role of the Russian government for assisting providing $500 million on a government-to-government basis.