If I hadn’t fallen off the lifter, I could have been assassinated: Imran Khan

If I hadn’t fallen off the lifter, I could have been assassinated: Imran Khan

PTI chief says an assass­inatio­n attemp­t was schedu­led for the day after his fall during a pre-electi­on rally in Lahore­
By Web Desk
Published: July 28, 2013
Tweet Email 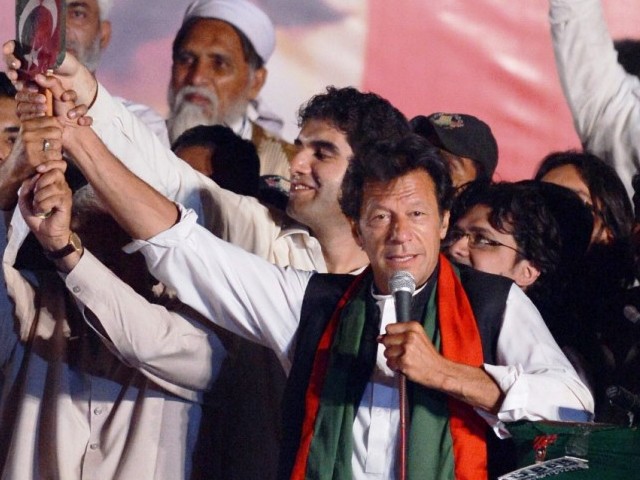 LONDON: An assassination attempt was scheduled for the day after my fall during a pre-election rally in Lahore, Pakistan Tehreek-e-Insaf chairman Imran Khan said in his article for the Daily Mail.

Imran suffered injuries as he fell off a lifter while being raised onto a stage to address a huge crowd gathered in Lahore’s Gulberg area on May 7.

“If I hadn’t been in hospital, I could have been dead,” Imran said, adding that the then interior minister told him about the scheduled assassination attempt when he visited him in the hospital.

The PTI chief went on to say that “the fall that nearly killed me quite possibly saved my life.”

“I had been told I was number one on the terrorist hit-list, although who the terrorists would be was anybody’s guess. There are perhaps 25 militant groups which now call themselves ‘Taliban’ and any one of them could have been hired by my political opponents,” Imran said.

Speaking about his time in the hospital, Imran said he was lucky to be alive, however, he greatly feared being paralysed.

“I’ve always been fit; I’m now 60 and I’ve never known a life where I wasn’t in control of my body. I found myself prey to morbid thoughts, something completely out of character. I thought in particular about the victims of drone attacks and terrorist bombs. We always hear about the dead, not so much those who end up maimed. That was my great fear: not death, but being disabled.”

He added that as he regained consciousness, he started feeling all his toes, fingers and limbs, and realised he hadn’t lost any sensation. “My relief was intense,” he said.