Aviation imbroglio: Shujaat Azeem to resign as adviser to PM

Aviation imbroglio: Shujaat Azeem to resign as adviser to PM 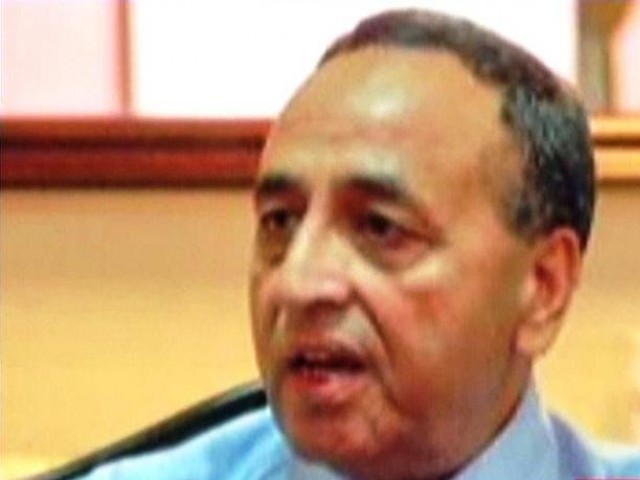 In the first high-level appointment scandal for the new government, Adviser to Prime Minister on Aviation Captain (retd) Shujaat Azeem has decided to tender his resignation to the prime minister after being unable to defend his appointment in front of the apex court.

Shujaat Azeem, appearing before a three-judge bench headed by Chief Justice Iftikhar Muhammad Chaudhry on Thursday, failed to justify his position as the PM’s adviser on aviation after a controversy surrounding his background erupted.

It had been claimed that Azeem, who would be heading the aviation industry in his capacity as adviser, was a dual national, had been court-martialled and had shares in a company carrying out development work at New Benazir Bhutto International Airport.

Attorney General of Pakistan Muneer A Malik, appearing along with the adviser, informed the bench that in view of the appointment controversy, Azeem had decided to tender his resignation to the prime minister in order to avoid being embroiled further in the issue.

The apex court bench, comprising Justice Jawwad S Khawaja and Justice Sheikh Azmat Saeed, observed “let him tender his resignation and the Attorney General shall place on record the notification of the acceptance of his resignation in due course of time.”

During the hearing, Malik informed the bench that Azeem had been appointed as adviser on the desire of Prime Minister Nawaz Sharif and not by his own choice. “It is also true that he had been court-martialled on allegations of insubordination and not on account of any moral turpitude. Furthermore, he has resigned as the CEO of Royal Airport Services prior to occupying the office of Adviser to the Prime Minister,” clarified Malik.

Controversy surrounding Azeem’s appointment had been raised during the proceedings of a case about the appointment of director general Civil Aviation Authority (CAA) and the delay in completion of New Benazir Bhutto International Airport Islamabad.

It was on July 12 when a lawyer drew the attention of the bench towards appointment of Azeem as adviser despite holding dual nationality and being court-martialled by Pakistan Air Force (PAF).

Azeem had served as a PAF fighter pilot for 12 years before flying abroad to take courses for a commercial pilot licence. Later, he reached Saudi Arabia where he was employed by the Hariri family, which owns a fleet of planes equal to the size of an airline. He was chief pilot of Hariri’s fleet by the time he quit in 1996 to start his own business.