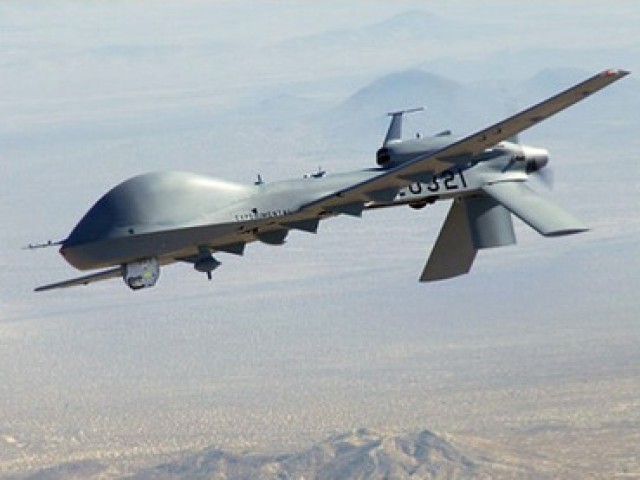 A leaked government document has shown that Pakistani authorities were aware of the scores of civilians killed in CIA drone strikes carried out between 2006 and late 2009.

The 12-page summary paper titled Details of Attacks by Nato Forces/Predators in FATA, a copy of which was obtained by The Bureau of Investigative Journalism, outlines the number of casualties in 75 drone attacks carried out by the CIA between 2006 and late 2009.

Five attacks alleged to be carried out by Nato or other unspecified forces were also listed.

Based on the reports from field officers across Fata, the report states that out of the total 746 people listed as killed in the separate drone strikes, 147 were civilians, 94 out of which were children below the age of 18.

The numbers quoted by the report are much higher than those given out by the US administration. The US administration claims that no more than 50 to 60 non-combatants have been killed in the drone strikes over the years in the fight against terrorism.

Despite the government’s stance on putting an end to drones, the report reveals that Pakistan military had ‘privately supported’ drones, adding that the officials in the military had extensive knowledge of the casualties caused in these strikes.

Contents of the report reveal numbers higher than both the reports released by the UN special rapporteur Ben Emmerson QC in March and the figures obtained from the leaked US intelligence documents.

The highly classified government document gives details of a number of incidents which were reported by the media but the numbers of casualties cited were less than the actual number of civilian deaths.

The report mentions a US drone strike in the village of Damadola in January 2006 where the number of people killed were said to be between 10-18 civilians. The report, however, reveals that five children, the same number of women and six men were killed in the airstrike.

On four other occasions, tribal officials privately reported civilian deaths where the media had reported none.

In a separate incident in October 2006, tribal leaders reported to Islamabad that around 80 children were killed in a drone strike on a religious school in Bajaur Agency.

The media widely reported that ‘many children had been killed’ but officials largely snubbed the reports stating that the number of children killed were ‘highly exaggerated’.

The government document does not give out names of any of the people killed in the drones. Names of high-profiles targets have also not been mentioned in the lists.

Reports on civilian deaths are also missing on most of the strikes during 2009, the year the US president resumed office.

Reacting to the report of London Bureau of Investigative Journalism, Pakistan has said it has been saying all along that US drone strikes kill civilians and are counter-productive.

“I would say Pakistan’s position on drone strikes has been clearly enunciated by Prime Minister Nawaz Sharif and our senior officials. Drone strikes violate our sovereignty and international law. They cause civilian causalities and have human rights and humanitarian implications. We therefore believe they are counter-productive,” said foreign ministry spokesperson Aizaz Ahmed Chaudhry while talking to The Express Tribune.

Drones not a violation of our sovereignty

A bit of digging into the report itself raises questions. #2 on the list, the Chenagai airstrike, reportedly killed 80+ people with a single missile. Yet examining news reports at the time Pakistan's own armed forces originally claimed credit for the strike. Their claim is backed up by eyewitness reports of Pakistani helicopters in the area before and carrying out attacks immediately after. Apparently only when it became clear that most of the dead were civilians was it re-classed as a drone strike. Yet I haven't found a news story of an eyewitness seeing a drone fire a missile. Drones carry missiles with 18-pound warheads. These usually kill 4-12 militants at a time. How can one believe such a weapon managed to kill seven times the usual number?

Doubtless other flawed cases can be found in the rest of the report.

It must be very convenient for Pakistani officials that the U.S. government is so willing to shoulder much of the hatred that accompanies these attacks. However, by doing so Pakistani officials entirely miss opportunities to take a principled stand against terrorism. I suppose Pakistani officials are either pro-terrorist or that they are cowardly. Are there any other possibilities?

The only way to stop the terrorist is to target them thru ur intelligence units and to hit them hard. This can be done by various means and one of them is the Drones. Unfortunately our people can;t be trusted, that is the Americans at first shared info with our counter parts about the target and when they went to inspect the target hit there was no one. Clearly showing that when info was shared someone informed the terrorists of the attack. So much for trust. Now we have the supreme court also siding with the terrorists. The ISI has to give up all the people picked up who were actually invoved in terrorism one way or the other....that is also to say that innocent people will be crushed but that is the price we all have to pay for security like it or not. Drone on America and thank you as we alone cannot defeat this monster living amongst us.

The difference between drones and Taliban is that drones strike terrorists that are harming innocents(specific targets).Innocents also die ,unfortunately,in these attacks which is of concern. Taliban target innocents,their own citizens,and on a much wider scale,on a much wider area.Condemning drones without condemning and reining in Taliban is a hypocrisy,and a self-inflicted harm.

@Ali: Were you not one who condemned USA for the drone strikes. Look your own establishment gave USA the authority. Shame, sheer shame.

Have seen with own eyes, the hill covered with white snow just like silver and from behind,flames were rising toward the sky, it is natural or fabricated?

Drones can not be stopped, untill unless,government of Pakistan and Taliban singe the peace agreement.

They are violating global law and the sovereignity of the independent state. on the other hand , they are committing crimes by violating the state's law that is heinous in nature. Both are responsible for unrest and killing of innocent peoples.

No doubt, by using drones, they are committing a heinous crime and violating the global law and the sovereignity of an independent state. On the other hand, what the insurgents doing,targeting innocent citizen of Pakistan by using expolisuve,suicide attackers,as have seen they destroyed courts hospitals,schools and business centers and other public places,they are also responsible for murdering large number of innocent people.

Both the sides have adopted wrong way,it is indispensable for them to come across the table and try their best to come to the conclusion. Pakistan's efforts are best in this regard,admireable,newly elected leadership have choosen the way that is really leading to peace and stability in the region.

Pakistani Liberal will be out of screen for two days now who always advocated the use of drones and denied any civilian causalities in it. What a shame for PPP Govt who secretly agreed to it and publicly condemned drones.

The whole world knows full well that unhindered drone strikes could not start without understanding at the ground. There have to be informers among the global terrorists on Pakistani soil to pinpoint the targets for drones. Gen Mush not only allowed the strikes but also provided Pakistani air force bases for drones which was later stopped by the elected govt. Once a Pakistani ruler has made commitment to the US no future govt can stop them.

Its not a news at all, as pakistani government and military knows every thing.There hue and cry is only in front of public