In succession: ICU to get new acting VC

In succession: ICU to get new acting VC 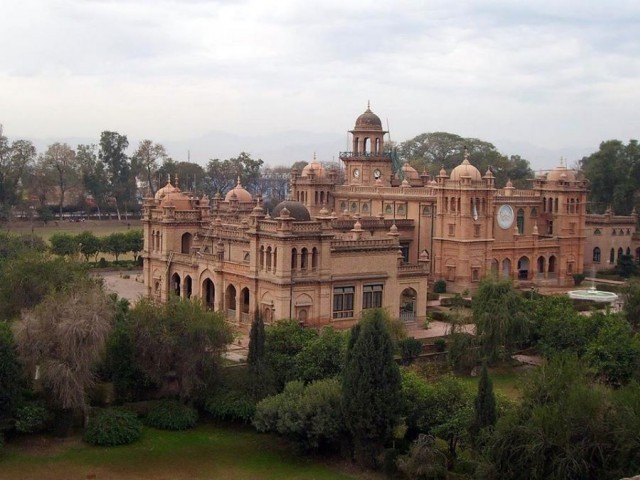 The college has been operating under acting vice chancellors for the past three years after the abduction of its VC Ajmal Khan in September 2010. PHOTO: PUBLICITY

An official of the University of Peshawar (UoP) confirmed the news stating after the approval of the Khyber-Pakhtunkhwa governor and chief minister, the Higher Education Department will give a notification in a day or two.

Professor Dr Adnan Sarwar Khan obtained his master degree in International Relation (IR) from the University of Karachi in 1982. He then joined the department of IR at UoP in 1983 as a lecturer. In 2002, he became the chairman of the department.

Later in 2009, Dr Khan was appointed as the principal of the UoP’s Law College.

Dr Sarwar has many research articles to his credit and has been the member of the Academic Council of UoP. From 1996 to 2001, he was made the secretary of the Curriculum Revision Committee for International Relations, University Grants Commission.

Currently, he is a member of the board of advanced studies and research at the Benazir Bhutto Women University, principal of the Law College of UoP and chairman of the IR department.

Talking to The Express Tribune, Professor Adnan Sarwar confirmed his appointment as the VC and said the notification will be issued in a few days. He said ICU has the status of one of the most prestigious institutes of the province, which needs to be maintained.

The college has been operating under acting vice chancellors for the past three years after the abduction of its VC Ajmal Khan in September 2010. His tenure was extended for another four years last June.

After the first VC, Professor Haider Shah Jadoon was appointed the acting VC late in 2010. Eight months later, Dr Noor Jehan was appointed on this post, and then in 2013 Dr Ihsan Ali succeeded Dr Jehan as the third acting VC of the Islamia College.