Kamran embarks on yet another comeback mission

Kamran embarks on yet another comeback mission

Wicket-keeper reiter­ates desire to play up the order .
By Our Correspondent
Published: July 14, 2013
Tweet Email 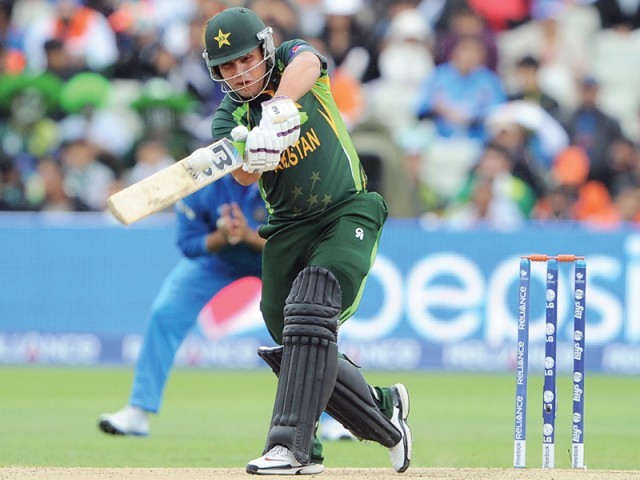 Kamran Akmal is now looking to perform at the domestic level to convince the selectors that he is still good enough for international cricket. PHOTO: AFP

KARACHI: After being dropped following the 2011 World Cup, Pakistan wicket-keeper Kamran Akmal made a comeback last year. He could only maintain his place for less than a year and got the axe again for the limited-overs series in the West Indies.

However, Kamran feels the sporadic ‘in and out’ of the team are a part of a player’s career, adding that he will work on his game to convince the selectors with an impressive domestic performance.

The 31-year old has drawn criticism for a poor showing behind the stumps but his batting ability has always rescued him with selectors giving the experienced cricketer preference over younger competitors like Sarfraz Ahmed or Adnan Akmal in the limited-over formats.

But the wicket-keeper has hardly shown any prowess at the crease since marking his comeback against Australia in the UAE last year.

Kamran, who has a tally of 3,168 runs in 154 One-Day Internationals (ODIs), has managed just 244 runs from 15 innings at an average of less than 15 — an aggregate that includes one half-century that came against Ireland. While his performance as a wicket-keeper at the ICC Champions Trophy has been better, his failure with the bat – 23 runs came from three innings – cost his place in the national team.

But Kamran, who is nowadays in Karachi to play at the Pakistan Cricket Board-organised Ramazan T20 Cup, felt his demotion in the batting order was the reason behind the slump.

“My previous captains [Inzamamul Haq], Shoaib [Malik] and Shahid Afridi utilised me up the batting order,” said the wicket-keeper. “I played up the order when I started as well. I am comfortable with the new ball and can contribute at the top.

“I am not complaining but I feel that because I was sent lower down it affected my batting. But the decisions were taken keeping in mind the team’s interest.”

The wicket-keeper said he was determined to make a comeback.

“I will continue the hard work to regain my place. I am eyeing a good season both as a batsman and a wicket-keeper. But I hope I am used as an opener or a one-down batsman whenever I make a comeback.”

Recently, Shoaib Malik, who was also dropped on the basis of a poor performance in the Champions Trophy, also expressed his desire to play up the order.