Catch me if you can: Prisoners escape from ATC through the toilets

Court officials believe that either the suspects had assistance or brought in their own tools.

The building of the Anti Terrorism Court. PHOTO: EXPRESS/FILE
KARACHI:

Three under-trial prisoners facing charges in kidnapping for ransom cases managed to escape from the heavily guarded Anti-Terrorism Court on Thursday in yet another incident of security lapse within a span of five months.

The absconders, however, managed to unlock their handcuffs and remove the metal bars of a ventilation window in the lock-up’s toilet and escaped.

“They had apparently been prepared for the breakout since their last hearings and carefully planned it for this day,” said the senior court police official, on the condition of anonymity, while talking to The Express Tribune. “We suspect that the prisoners had brought some tools with them from the jail which were used to get rid of the metal grill. We are investigating if they received any assistance from the personnel and stern action will be taken against those involved.”

The prisoners brought in for their trials are body searched at least four times at different points, said the official. Meanwhile, the absence of security cameras inside the lock-up as well as of police personnel made their escape good.

Ammar Hafeez and Arsalan Shahnawaz were accused of kidnapping for ransom case of Zohaib Adil who was later murdered for allegedly not being able to pay the ransom money worth Rs20million. The case against them was registered at the Ferozabad police station in 2011. Interestingly, their other accomplice, Rashid Baloch, also fled last year from the premises of the Karachi Civil Hospital and was reportedly killed in gang war only two days ago, said the ATC district public prosecutor, Abdul Maroof.

The third suspect, Muhammad Zubair, was accused in two kidnapping for ransom cases, registered at the New Town and Sharae Faisal police stations in 2008.

The Preedy police station has arrested court police’s sub-inspector Shakirullah as well as two personnel, Muhammad Saeed and Munir Ayub, after registering a case with bailable charges of negligence against them. They appeared before the ATC judges Bashir Khoso and Syed Manazir Hussain Zaidi and will likely be out on bail by Friday.

On February 4, another under-trial prisoner, Rajab Ali alias Nadeem, was brought to the former ATC complex from jail and managed to slip out of the lock-up in what was claimed to be the first ever jailbreak from the ATCs since their foundation in 1997.

When the Anti-Terrorism Act was passed in that year, five courts were initially set up at a former rest house belonging to Karachi Metropolitan Corporation in Sultanabad. Following intermittent threats to the judges and prosecutors, the courts were shifted from Sultanabad to their current location in the barracks next to the finance department in the Sindh Secretariat.

“The current ATC complex is also vulnerable from a security point of view, especially keeping in view that 70 to 80 under-trial prisoners are brought here on a daily basis,” said Maroof while talking to The Express Tribune. “A majority of them comprises hard-headed militants, belonging to banned outfits like Tehreek-e-Taliban Pakistan and Lashkar-e-Jhangvi yet only 14 to 15 court police personnel are there to keep an eye on them.”

The public prosecutor, while defending the court police responsible for the security of under-trial prisoners, declared the overall security situation as “unsatisfactory” - he listed temporary lock-ups, low deployment of personnel and absence of security cameras as some of the flaws in security. He suggested that the Bomb Disposal Squad should be asked to check and issue clearance for the court premises every morning. 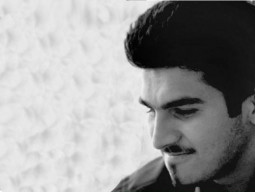 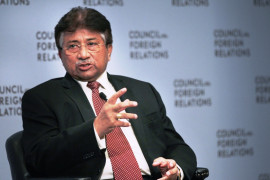 Only 14 to 15 police personnel to keep an eye on the prisoners? Nothing new. Most of the police are busy in providing security to the Sindh ministers. If the prisoners can escape from the city courts, then the ATC is child's lay for the prisoners. Either the cops were heavily bribed to look the other way or the jail officials dliberately did not check them earlier. What a mess of a country. Salams

People taking advantage of Pakistan's most corrupt and incompetent organization (Police), this this really a news?

A good topic for SAAMA TV to reconstruct the story and show it to its viewers at 22:00 hrs.

Why these prisoners have to be driven to court? Why can't they participate via video link from jail?