Sain Mushta­q was among a few folk artist­s who dedica­ted his entire life for the promot­ion of folk music in Pakist­an.
By News Desk
Published: July 9, 2013
Tweet Email 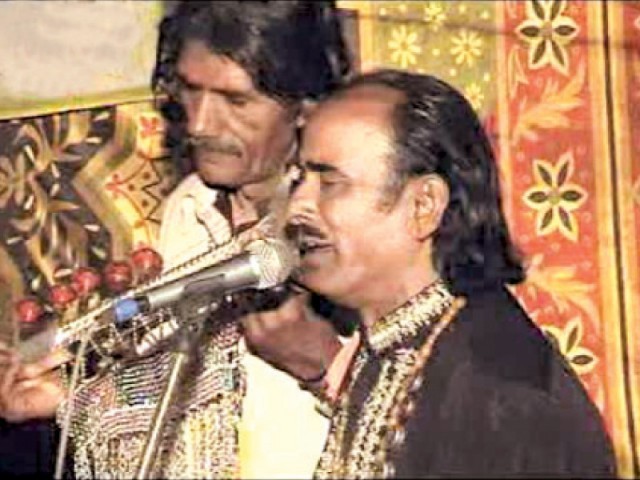 ISLAMABAD: Lok Virsa office-bearers expressed their condolences on the sad demise of folk artist Sain Mushtaq. At a meeting here on Monday, they paid rich tribute to the meritorious services of the late artist towards promotion of Punjabi folk culture and music in Pakistan. Lok Virsa’s Executive Director Khalid Javaid and others prayed that the departed soul may rest in eternal peace. “Sain Mushtaq was among a few folk artists who dedicated his entire life for the promotion of folk music in Pakistan. He was also instrumental in giving a new dimension of singing to the mystic songs,” Javed said. The late artist had been participating in Lok Virsa’s annual folk festivals since 1981 and he also represented Pakistan in various important musical shows abroad to project the soft image of Pakistan.